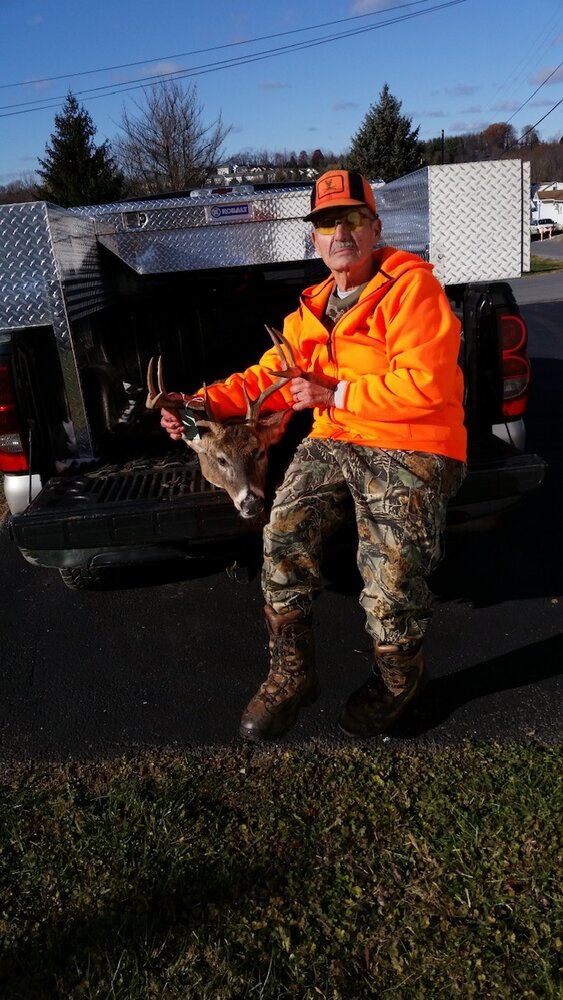 Please share a memory of John to include in a keepsake book for family and friends.
View Tribute Book
John “Pap” Olivito Jr., 76, of Morgantown, WV passed away on June 19, 2022 at Ruby Memorial Hospital surrounded by his loving family. John was born in Morgantown, on July 3, 1945 to the late John Olivito and Virginia Albert Preston. John served in the National Guard and later worked as a glass blower for Davis and Lynch Glass Company. Following his time at Davis and Lynch, John opened his own business working as an electrician. John was a member of the State Line Hunting Club. John is survived by his wife of 49 years, Betty Jean Herrington Olivito; daughter: Marcie Merrill (Mike) of Morgantown; grandson: Jeremy John Snider (Jessica), great grandson: Hudson John Snider, all of Morgantown; sister: Sharon Polentes (Tony); his pets: Goliath and Dingo, and many nieces, nephews, cousins, and friends. In addition to his parents, John was preceded in death by his step-father: John Preston; and his brother: Larry Lowther. Visitation will be held at McCulla Funeral Home, 770 Fairmont Rd, Westover, on Thursday, June 23rd from 4-8 pm and will continue on Friday, June 24th from 10 am until the 11 am funeral service. Entombment will follow at the Beverly Hills Mausoleum. Online condolences may be extended to the family at www.mcculla.com
Print
Thursday
23
June