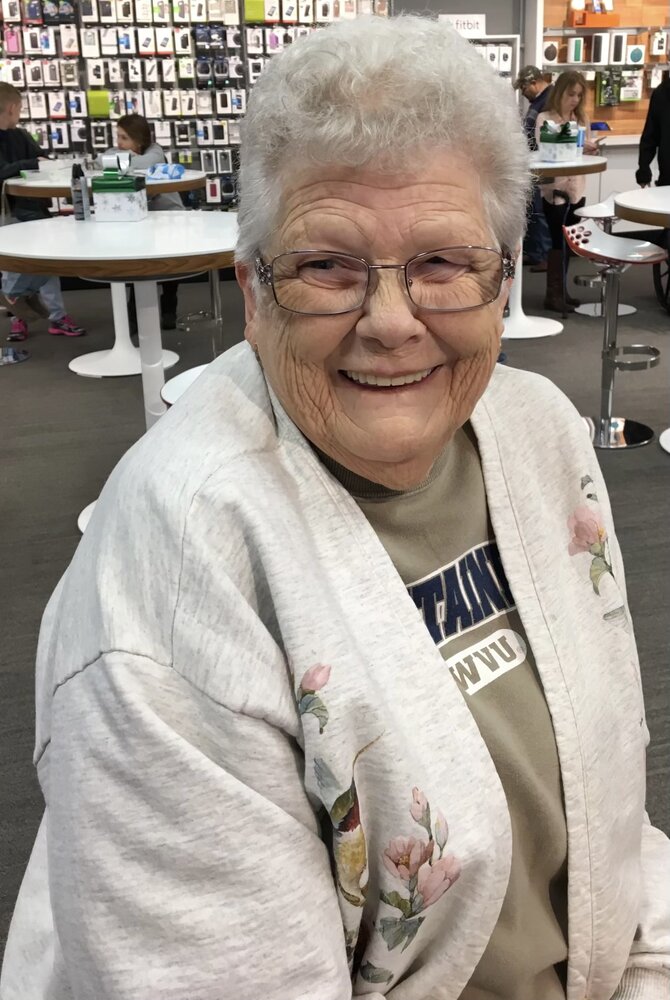 Please share a memory of Janet to include in a keepsake book for family and friends.
View Tribute Book
Janet Marie McClurg, age 84, of Morgantown, passed away Thursday, May 26, 2022 at her home surrounded by her family. Janet was born in Morgantown, on February 5, 1938, a daughter of the late Russell Glover and Alma Casto Feight. Janet devoted her life to taking care of her family whom she loved very much. She especially loved time with her grandchildren and vacationing at the beach. Janet is survived by her husband, Richard R. McClurg, Sr.; daughter, Debra M. Junkins (Rick Meleady) of Morgantown; sons, Samuel McClurg of Morgantown, Joseph McClurg of Morgantown, Thomas McClurg (Tracie Newbraugh) of Morgantown, Ricky McClurg (Terri) of Morgantown, Robert McClurg (Carren) of Morgantown, and Richard McClurg, Jr. (Tina) of PA; brothers, Clifford Sampson (Gina) and Olyn Feight (Patty); 23 grandchildren; several great grandchildren and nieces and nephews; and a very special friend, Hass Hartley. In addition to her parents, Janet was preceded in death by her grandson, Ritchie. Friends may gather at McCulla Funeral Home on Tuesday, May 31, from 4-8pm and again on Wednesday from 10 am until the 11 am funeral service with Pastor Rusty McClurg officiating. Burial will follow at Beverly Hills Cemetery. Online condolences may be sent to the family at www.McCulla.com
Services for Janet McClurg
There are no events scheduled. You can still show your support by sending flowers directly to the family, or planting a memorial tree in memory of Janet McClurg.
Visit the Tribute Store
Print
Online Memory & Photo Sharing Event
Online Event
About this Event