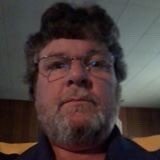 Please share a memory of Michael to include in a keepsake book for family and friends.
View Tribute Book
Michael Marvin Staggs, Sr., age 54, passed away unexpectedly at home on Wednesday, May 6, 2015. Michael was born in Morgantown on April 4, 1961, a son of Matilda Castagneri Staggs of Westover and the late Marvin Staggs. Michael was a member of the Plumber and Pipefitters Union Local 152 for 35 years and also the Morgantown Moose Lodge. He was Catholic by faith and enjoyed golfing in his spare time. In addition to his mother, Michael is survived by his son, Michael M. Staggs, Jr. of Friendsville, MD; sister, Kathleen Staggs-Whitlock and husband Carlisle of Rutherfordton, NC; brother-in-law, Don Longfellow; nephew, David Longfellow; and nieces, Laura Whitlock and Charlotte Whitlock-Wiesert. In addition to his father, Michael was preceded in death by his sister, Patricia Staggs Longfellow. Friends may call At McCulla Funeral Home on Saturday, May 9, 2015 from 2 PM until the 3 PM memorial service with Msgr. Anthony Cincinnati as celebrant. Online condolences may be sent to the family at www.McCulla.com
Services for Michael Staggs
There are no events scheduled. You can still show your support by sending flowers directly to the family, or planting a memorial tree in memory of Michael Staggs.
Visit the Tribute Store
Print
Share A Memory
Send Flowers