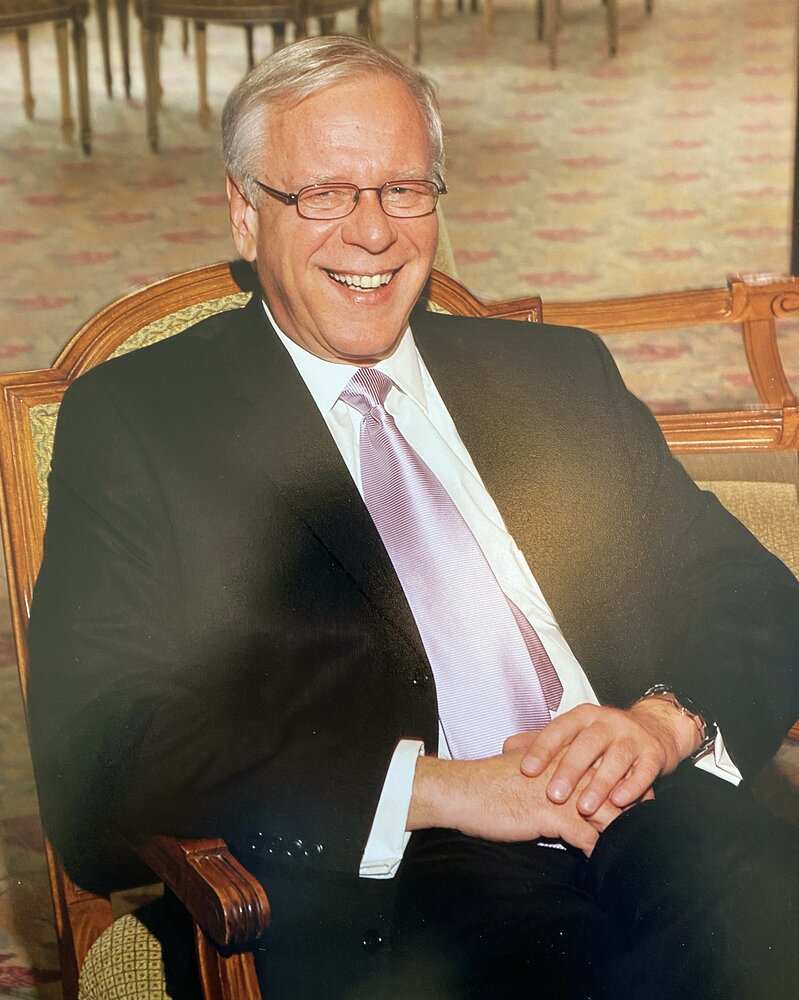 Please share a memory of Franklin to include in a keepsake book for family and friends.
View Tribute Book
Franklin Lynn Matthews, 69, of Morgantown passed away unexpectedly at his home on Tuesday, May 10, 2022. Frank was born in Fairbanks, Alaska on June 6, 1952, to Bernice Luzadder Matthews of Morgantown and the late Dan Franklin Matthews. Frank was a graduate of Morgantown High School and Fairmont State College. Following his education locally, he attended the Cincinnati College of Mortuary Science, where he graduated in 1975. Frank spent his career in the funeral business and took great pride in his professional life, serving numerous families through his work at various funeral homes in West Virginia. In 1984, Frank achieved his longtime occupational goal of becoming the owner and director of The Dering Funeral home in Morgantown, WV. Following the sale of his business, Frank was employed by Chapman Funeral Homes in South Charleston where he remained until his retirement in 2014. Once retired, Frank enjoyed traveling with his wife, landscaping, and gardening. He was a devoted grandfather and enjoyed many activities with his granddaughters, who brought him much joy. In addition to his mother, Bernice Matthews, Frank is survived by his wife of 17 years: Deborah Zaccagnini Matthews; daughters: Elizabeth Nally (Chris) of Keller, Texas and Allison Hennessey (Kevin) of Morgantown; step-son: Matthew Cooke (Rachel) of Nashville, TN; grandchildren: Emma Hennessey, Kate Hennessey, Emily Nally, and Sophia Cooke; sister: Joyce Matthews Hampton (Chuck) of Ranson, WV; his brother: John Mark Matthews (Lilly) of Morgantown, as well as his nieces and nephews. Family and friends are invited to gather at McCulla Funeral Home on Sunday, May 15, 2022 from 4-8 pm and again on Monday, May 16th from 10 am until the 11 am funeral service with Richard Moore officiating. Private burial will be held at a later date at the Halleck Cemetery. Online condolences may be extended to the family at www.mcculla.com Please consider making a donation in Frank’s memory to WVU Heart and Vascular Institute (2W788), WVU Foundation, One Waterfront Place, PO Box 1650, Morgantown, WV 26507.
Print
Sunday
15
May