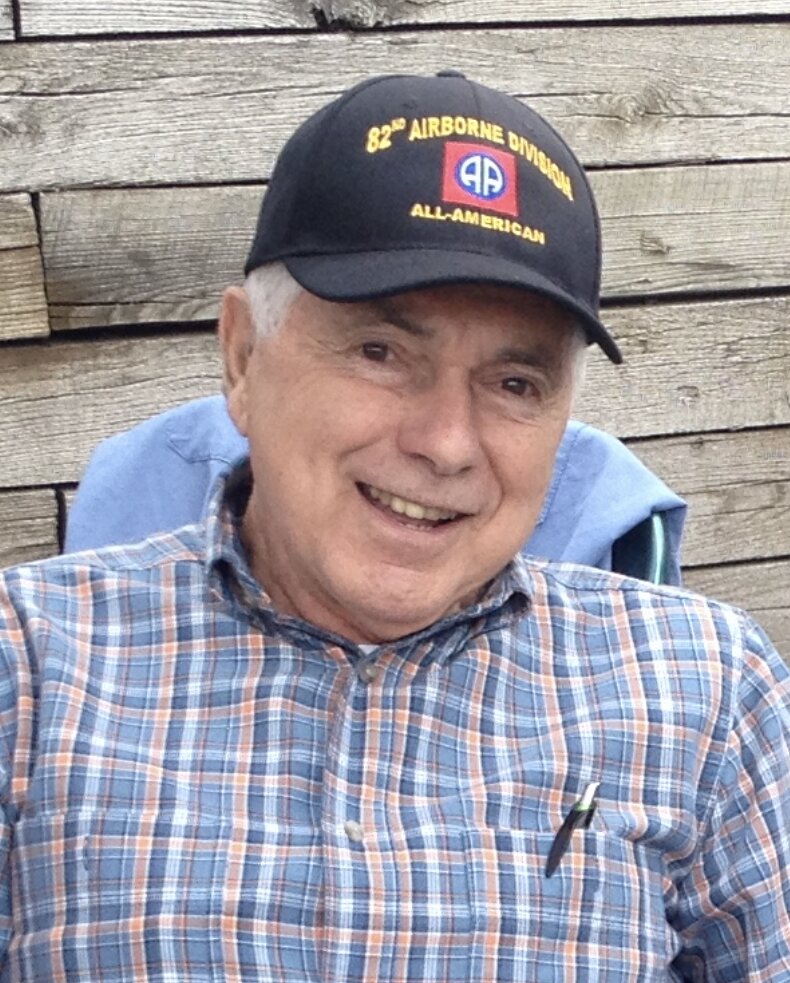 Please share a memory of Richard "Dick" to include in a keepsake book for family and friends.
View Tribute Book
Richard “Dick” Burnside passed away unexpectedly on Saturday, April 2, 2022. He was 85 years old. Dick graduated from Morgantown High School in 1954, and attended West Virginia University afterwards, where he joined the ROTC. In 1956, Dick joined the Army and gave credit to his recruiting Sargent (Sargent Metheney) for suggesting that he enlist in Airbourne and OCS. In the fall of 1956, Dick was accepted into the 82nd Airbourne division. As a private, he was soon admitted into the 18th Airbourne NCO school. Upon graduating from NCO school, he was admitted into OCS (U.S. Army Infantry) and proudly graduated in class 58-2 in 1958. After active duty, Dick served 6 years in the Army Reserves, the bulk of which was with special forces. Dick married Gracie Grubb in 1959 and together they developed several small businesses which were all automobile related. (Burnside’s Amaco, Burnside’s Radiator Shop, Burnside’s Auto Clinic, and Burnside’s Auto Salvage). When Dick and Grace retired in 2012, they had worked together for 53 years and 5 weeks. Dick was preceded in death by his parents, Wallace and Ressie Burnside. He is survived by his wife, Grace Burnside; daughter, Joy Maine and her husband Mark; and granddaughter, Ashley Maine. To honor Dick’s wishes, there will be a celebration of life scheduled at a later date. McCulla Funeral Home will provide cremation services and online condolences may be sent to the family at www.mcculla.com
Services for Richard "Dick" Burnside
There are no events scheduled. You can still show your support by sending flowers directly to the family, or planting a memorial tree in memory of Richard "Dick" Burnside.
Visit the Tribute Store
Print
Online Memory & Photo Sharing Event
Online Event
About this Event