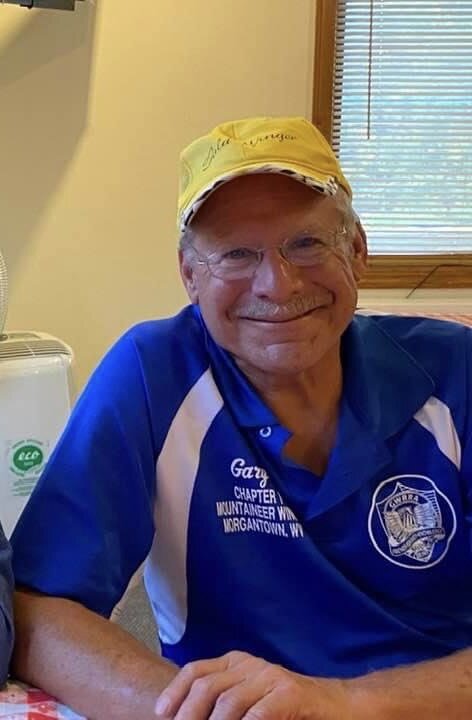 Please share a memory of Gary to include in a keepsake book for family and friends.
View Tribute Book
Gary Rowan passed away unexpectedly on Sunday, March 20, 2022 at Mon Health at the age of 71. Gary was born in Baxter, WV. Gary served in the U.S. Army from 1971- 1974. He retired from the West Virginia Geological Survey after 27 years of service. He belonged to Snider Temple United Methodist Church where he was the Sunday School Superintendent and taught the adult class. Besides being the best “Pappy” to his 5 grandchildren, he enjoyed riding his trike motorcycle with his GWRRA Chapter I. Gary was a wonderful cook and enjoyed making special meals for his family. He also enjoyed fishing and going to his cabin in Smoke Hole. Gary was always available to help a friend or neighbor and would help as soon as called. Each year he started in November installing a two- acre Christmas display to light up on December 1st. This was his way of sharing the true meaning of Christmas, Jesus’ birth. He also cooked a huge Christmas dinner for all his friends and family the first week of the season. No matter how busy Gary was, he always had time to sit and visit if you stopped by his house. Gary is survived by his wife, Gloria Summers Rowan of 45 years; daughter, Gretchen (Jacob) Mapel; son, Garrett (Ashley) Rowan; 5 grandchildren, Margaret “Maggie” Mapel, Hannah Mapel, Addison Rowan, Everleigh Rowan, and Brooks Rowan; sister, Diane (Jim) Townsend of Fairmont; brothers-in-law and sisters-in-law, James “John” and Phyllis Summers, Linda and Raymond Strawser and Kimberly and Timothy Suder; 7 nieces and nephews and 12 great nieces and nephews; all his special friends of Chapter I WV. Gary was preceded in death by his parents, Clifford “Bob” and Sophie Rowan and his parents-in-law, Ralph and Margaret Summers. There will not be any services at this time, but donations will be accepted in Gary’s memory to Snider Temple United Methodist Church through Linda Strawser 3632 Fairmont Road Morgantown, WV 26501. A Celebration of Gary’s life will be held at a later date. McCulla Funeral Home is in charge of cremation services and online condolences may be sent to the family at www.McCulla.com
Print
Online Memory & Photo Sharing Event
Online Event
About this Event