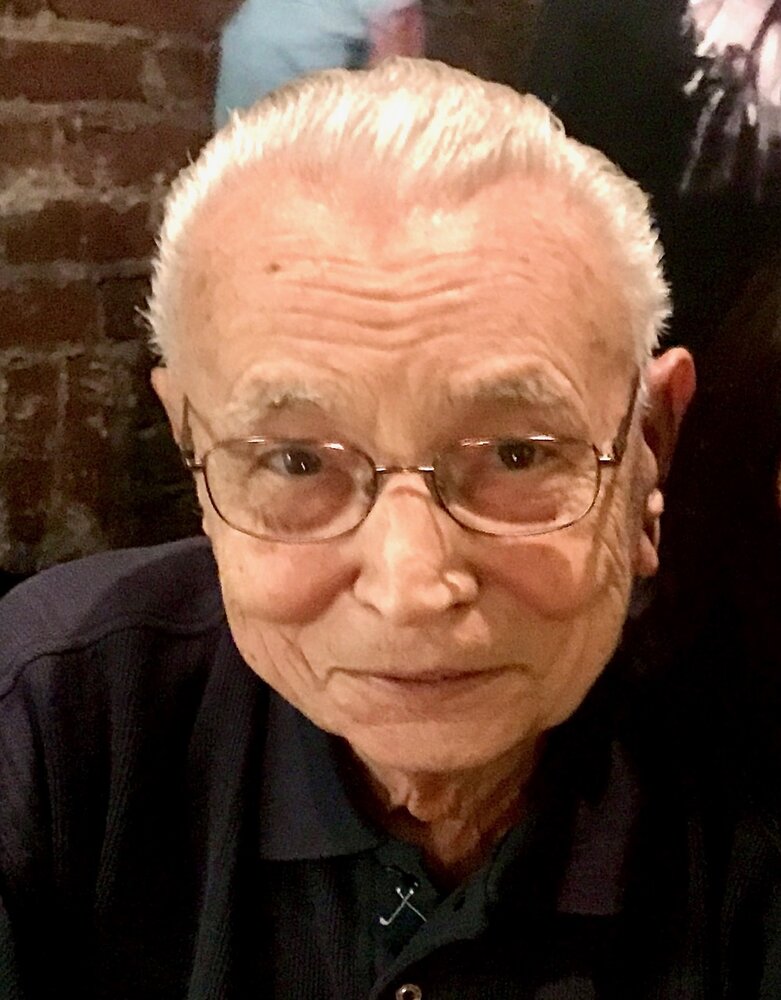 Eustachio “Steve” Colasante, 90, of Westover, passed away peacefully at his home Wednesday, Feb 23, 2022 surrounded by his loving family. Steve was born January 2, 1932, in the town of Scanno, located in the Province of L’Aquila, Italy, son of the late Nicola and Rosaria Colasante. He was preceded in death five years ago by Maria, his loving wife of 61 years. They were married in Scanno on August 27, 1955, before immigrating to Morgantown, WV, where he and his wife both proudly became US citizens and chose to raise their family. Steve worked at Sterling Faucet for 21 years before opening up an Italian restaurant, formerly known as Westover Pizza currently Colasante’s Ristorante, which he has owned and operated since 1969. He worked tirelessly in the restaurant until recent years along side his wife and children making the spaghetti sauces, pizza dough, soups, meatballs and more. Over the years, Steve had many devoted employees that he enjoyed working with and considered them as extended family especially Bill Tucker who has been an invaluable part of the family and restaurant. Steve was a member of St. Francis de Sales Parish and an active member of the Knights of Columbus 4th Degree, the Morgantown Moose Lodge 264, and Sons of Italy enjoying the comradery of his friends, playing cards and cooking benefit spaghetti dinners. He enjoyed bowling, golf, and watching Pittsburgh Pirates baseball. He is survived by his three children, sons Nick (Brenda), Anthony (Cindy), of Morgantown and daughter, RoseAnn Sakr (Khaled) of Atlanta, GA. He was Pappap to his five grandchildren who loved him dearly, Alli Royce (Steven), Nicolas and Domenic Colasante, Nile and Shereef Sakr and his first great grandchild Kennedy Royce. Also surviving is his niece Laura Colasante Buchanan (Don) of Maryland and his sister several cousins, nieces and nephews in Morgantown and Italy. In addition to his parents and wife, he was also preceded in death by his sister Domenica Colasante (Concetta) Silla of Italy, his brother Goffredo (Sarah) Colasante of Clarksburg and his niece Jeanne Colasante Thomas (John) of Bow, NH. The family would like to extend a heartfelt thank you to his caregivers Maxine, Drs. Bob Beto and Kevin Halbritter of WVUH and Amedysis hospice nurses, Dr. Palmer and staff for their wonderful care and compassion! Steve was a cherished husband, father and grandfather who loved to offer food and wine to his family, friends and patrons, and will be greatly missed! Arrivederci Signore! The family will be holding a private funeral service for family and close friends with a Mass of Christian Burial at St. Francis de Sales Church with Monsignor Anthony Cincinnati on Monday, February 28, 2022 at 11 am. Burial will follow at Beverly Hills Memorial Gardens. Masks are recommended. In lieu of flowers, contributions can be made in Steve’s memory to St. Ursula’s Food Pantry and Outreach P.O. Box 18 Pursglove, WV 26546 or Pantry Plus, 9 Rousch Dr. Morgantown, WV 26501. McCulla Funeral Home is in charge of arrangements and online condolences may be sent to the family at www.McCulla.com
Print
Monday
28
February