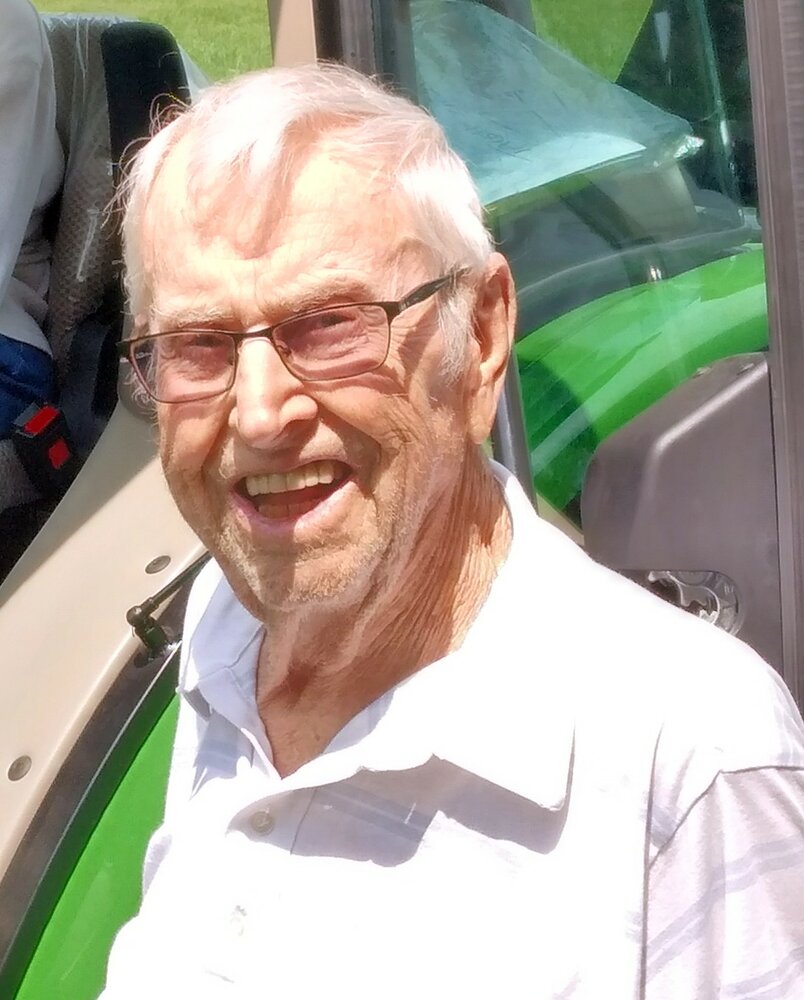 Please share a memory of Marlin to include in a keepsake book for family and friends.
View Tribute Book
Marlin Keith Upton, age 89 of Morgantown passed away Tuesday, January 18, 2022 at WV Medicine. Marlin was born August 31, 1932 in Phillipi, WV a son of the late Maurice Aubrey Upton and Adyce Stemple Upton. Marlin was a United States Army Veteran, was employed as a Pipe Fitter for seventy years and a member of Morgantown Plumbers and Pipefitters Local #152 and the Wheeling Local and was a West Virginia State Police officer in Wheeling and Morgantown. Marlin was also a farmer, enjoying his farm and raising his black angus cattle. He was a member of the Joseph W. Summers Lodge # 173 AF & AM and was a member and former president of the Morgantown Cattleman’s Association. Marlin is survived by his wife, Rose Marie Vecchio Upton, one daughter, Toni Lynn (David) Malinovich of Morgantown, grandchildren Jacob Malinovich and fiancée Kelsi Lewis and Marissa Malinovich. Marlin was preceded in death by his sister Coline Moats and her husband Gerald Moats. McCulla Funeral Home will provide cremation services and inurnment will be held at the WV National Cemetery in Pruntytown. Online condolences may be sent to the family at www.McCulla.com.
Services for Marlin Upton
There are no events scheduled. You can still show your support by sending flowers directly to the family, or planting a memorial tree in memory of Marlin Upton.
Visit the Tribute Store
Print
Online Memory & Photo Sharing Event
Online Event
About this Event