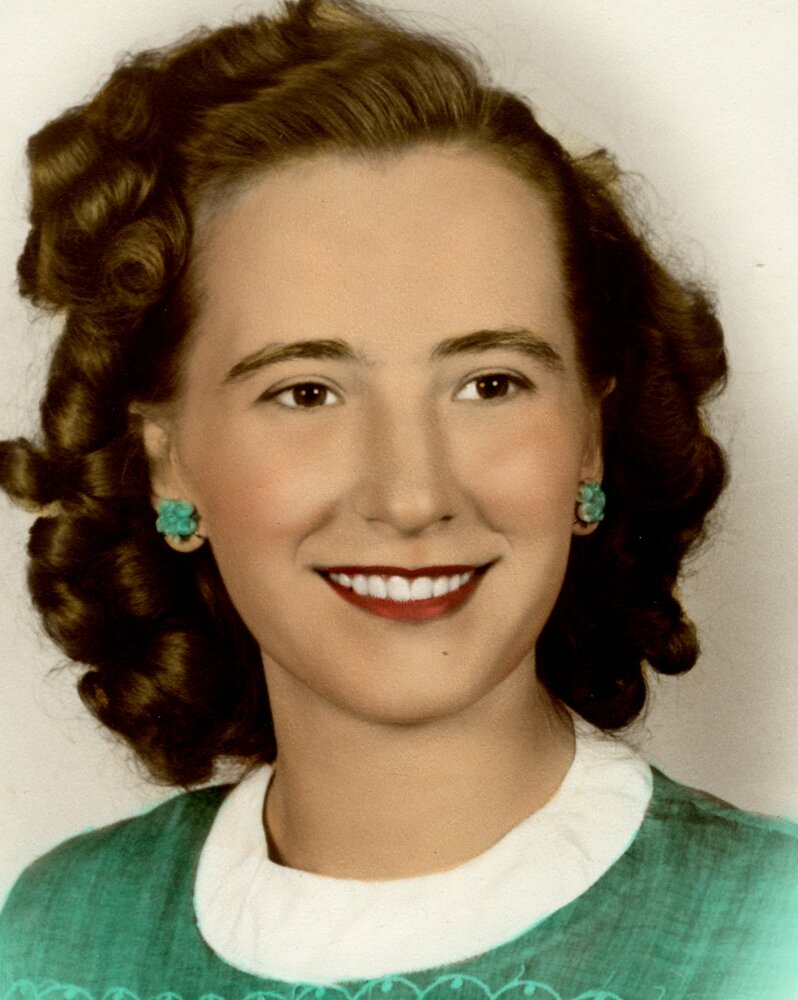 Please share a memory of Viola to include in a keepsake book for family and friends.
View Tribute Book
Viola Ruth Robinson, 91, of Morgantown passed away Friday, December 31, 2021. The daughter of the late Earl Prentiss Slaughter and Alverta Shomo, she was born October 10, 1930, in Francis Mine, Harrison County, West Virginia. When she was a few years old, the family moved near Morgantown, first to Brady Hill and then to Edna Gas, where her father worked as a coal miner. She had many stories to tell of her days growing up there. She talked of the long cold walks to school in winter and was known for hopping rides on the trains running through the area. The trains didn’t actually stop where she needed to get off, so she would jump and roll to a stop. Her brother Ralph once talked her into putting an egg in her mouth, and then lightly punched her under the chin. Ruth worked as a waitress at the Hotel Morgan and a cashier at Lakeview Resort. She enjoyed country music shows and travel. She made trips to Hawaii, Ireland, and throughout the states. Ruth and Tom spent most winters in Florida where they became avid fishermen. She is survived by her daughter, Janis Marie Robinson, four grandchildren, four great-grandchildren, and many nieces and nephews. In addition to her parents, she was preceded in death by her husband, Thomas William Robinson; a son, William Lee Robinson; a daughter, Delores Ann Decker; a granddaughter, Teresa Jeanette Decker Jones; and nine siblings: Mary Kathleen McCann, Hazel Lucile Arnett, Myrtle Isabella Lowther, Stanley Oliver Slaughter, Ralph Kenneth Slaughter, Denzil Earl Slaughter, Martha May Rohrbough, Cecil Dale Slaughter, and Alfreda Evelyn Miker. The family would like to thank the staff of Sundale Nursing Home for their compassionate and dedicated care. Services were held privately under the direction of McCulla Funeral Home and she was laid to rest at Beverly Hills Memorial Gardens. Please consider making a donation in Ruth’s memory to Animal Friends of North Central West Virginia or leaving a note of remembrance on her digital register. Online condolences may be sent to the family at www.McCulla.com.
Services for Viola Robinson
There are no events scheduled. You can still show your support by sending flowers directly to the family, or planting a memorial tree in memory of Viola Robinson.
Visit the Tribute Store
Print
Online Memory & Photo Sharing Event
Online Event
About this Event