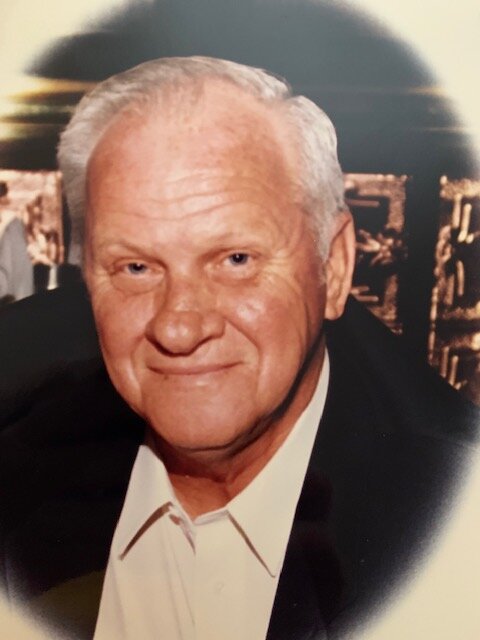 Please share a memory of Victor to include in a keepsake book for family and friends.
View Tribute Book
Victor Widmer of Morgantown, WV, died Friday, December 17, 2021, at Stonerise Morgantown, with his daughters at his side, after a most courageous battle with prostate cancer. He is survived by 3 daughters: Milissa Widmer, Marcelle Widmer, Michelle Widmer-Eby, son-in-law, Steven Eby, grandson, Michael Eby, all of Morgantown, and grandson, Daniel Eby of Houston Texas. He is also survived by one brother, Joseph Widmer of Cranberry Township, Pennsylvania, as well as numerous nieces and nephews. He was preceded in death by his wife, Beulah Coombs Widmer, his parents, Karl & Catherine (Malsavage) Widmer, four brothers, Charles, Bernard, Robert and Albert Widmer; and a sister, Joann (Widmer) Palazzo. Victor had the quick wit and mind of a mechanical engineer, the compassion of a priest, the bluest of eyes, and the patience of JOB. He enjoyed a good rum & coke or a long island iced tea for whenever the occasion called. He was a member of St. Francis De Sales parish in Morgantown and the Pine Lakes’ Property Owners Association of N. Ft. Myers, Fl. Victor was born August 1934, in Connellsville, Pennsylvania. Victor was a graduate of the Immaculate Conception High School Class of 1952, Connellsville, PA. He served 8 proud years in the US Airforce, was one of the original founders of PACE Association (People Aware of Children Exceptional) in Morgantown. He retired from the US Postal Service in 1989, and operated businesses and real estate in Westover until his passing. The Widmer family would like to thank the loving care of Monsignor Cincinnati, DeeAsah Lee, Anna Slayden, Amedysis Hospice Care of Morgantown, staff at the Stonerise Morgantown for most recent love and grace. Dr. John Battin, Dr. Gary Marano, Dr.Thomas Hogan, and Dr. William Mitchell for years of care and compassion, and all his neighbors and friends on Callen Ave. in First Ward, who looked out for him over the last five years. Friends and family will be received at St. Francis de Sales Catholic Church, 1 Guthrie Lane, Morgantown on Saturday, January 8th at 12:00 p.m. until the 1 p.m. Mass of Christian Burial accorded by Rev. Msgr. Anthony Cincinnati, pastor of St. Francis de Sales. The family requests masks be worn despite vaccination status. In lieu of flowers, the family requests donations be made to St. Francis de Sales parish in the name of Victor Widmer. giving.parishsoft.com/stfrancis. McCulla Funeral Home is in charge of arrangements and online condolences may be sent to the family at mcculla.com.
Print
Saturday
8
January