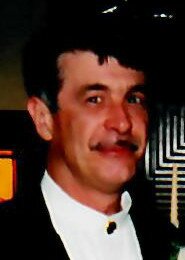 Please share a memory of David "Jesse" to include in a keepsake book for family and friends.
View Tribute Book
David Lee (Jesse) Davis, age 74, of Morgantown, passed away Thursday, December 16, 2021 at Mon Health Medical Center. He was born May 12, 1947 in Morgantown, a son of the late Jesse Lee and Verle Davis. Jesse was a retired coal miner from Consol Coal Blacksville No. 2 mine and was a United States Navy veteran of the Vietnam War. David was a member of the UMWA and the Morgantown VFW Post # 548. Jesse’s hobbies were playing golf, fishing, shooting pool, watching football and Fox News. Above all, Jesse loved his family with all his heart. Jesse is survived by his wife Mary Davis, one daughter, Lisa (Todd) Powroznik of Masontown, WV, two sons Patrick (Loretta) Davis of Morgantown and Nathan Davis of Morgantown, one sister, Kay (John) Shepherd of Atlanta, GA, and grandchildren, David Moore, Savanna Powroznik, Gavin Powroznik, Joel Roberts, Hanna Davis, Evan Davis, Abbigial Davis, LaLa Parker, and L.J. Valentine. Jesse was preceded in death by two sisters, Donna Moore and Patty Bennett. Friends may call at the McCulla Funeral Home, 770 Fairmont Road, Westover on Monday, December 20, 2021 from 4:00 pm until the 7:00 pm service with the sharing of memories by family and friends. Online condolences may be sent to the family at www.McCulla.com.
Print
Monday
20
December