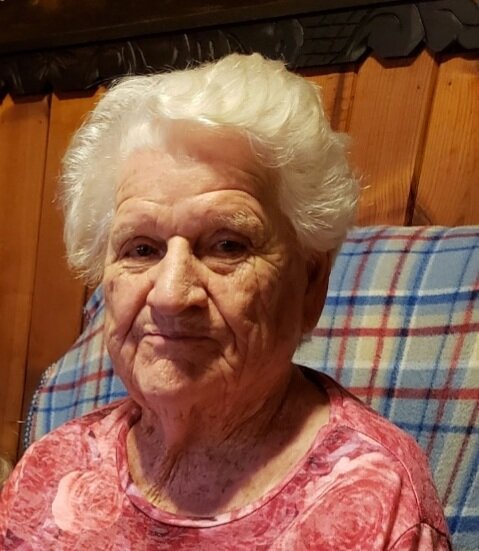 Please share a memory of Mary to include in a keepsake book for family and friends.
View Tribute Book
Mary Ellen Hill Kerns, 94, of Granville, WV, passed away on October 25, 2021. She was born in Coeburn, VA, the daughter of the late Lewis Franklin and Oakie Leah Hill. She was also preceded in death by her husband; Lloyd Kerns; her sons: Lloyd Franklin Kerns and Gary Allen Kerns; six sisters: Delma, Thelma, Stella, Trula, Edna, and Gloria; two brothers: Joseph Franklin and Benny Roger. Mary was the last surviving sibling of the Hill family. She is survived by her son: David Kerns; her daughter: Janet Bowser and husband Larry; her grandchildren: Gary (Michelle) , Noel, Jim, Martha (Brad), Lisa (Travis), Ronald (Crystal), and Ashley (Doug); 15 great-grandchildren and 4 great-great grandchildren; her daughter-in-law: Cora Kerns, and special sister-in-law, Catherine Kerns; and several nieces and nephews. McCulla Funeral Home assisted the family with a private burial at Beverly Hills Memorial Gardens. Online condolences may be extended to the family at www.mcculla.com
Services for Mary Kerns
There are no events scheduled. You can still show your support by sending flowers directly to the family, or planting a memorial tree in memory of Mary Kerns.
Visit the Tribute Store
Print
Online Memory & Photo Sharing Event
Online Event
About this Event