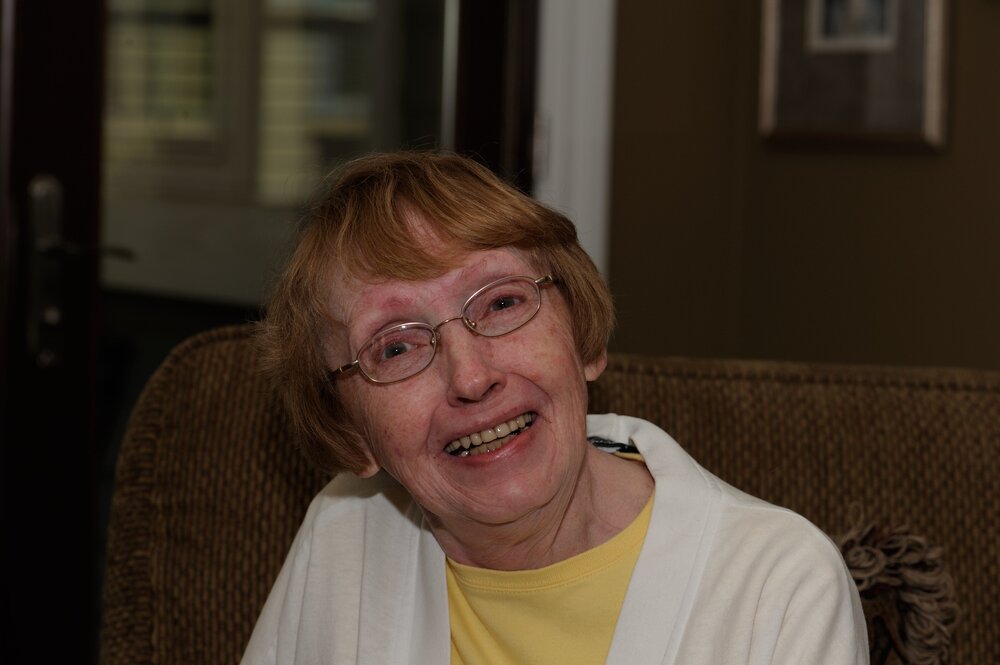 Please share a memory of Dolly to include in a keepsake book for family and friends.
View Tribute Book
Dolly Clawges, formally of Morgantown, West Virginia, passed away February 4, 2021 in Albany, Oregon. Dolly was born in Catawba, West Virginia on May 2, 1937 to the late Jessie Mildred Engle Linton and Harve L. Linton. In addition to her parents, Dolly was preceded in death by her husband, Arthur I. (Jack) Clawges (1972), brother Duane Linton, sister Geneva Linton Ruggiero, and grandson Sean Patrick Allender. Dolly led an active life raising three girls and worked at Mylan Pharmaceuticals for many years while her children were still at home. Once they left the nest, she courageously changed her career to join the field that had interested her since she was a young woman. She went back to school and became an LPN and worked at WVU Hospitals until retirement. Dolly was a diehard fan of West Virginia University sports and could often be found in the stands during football games. She was a veracious reader and was consistently surrounded by hundreds of books in her home. Dolly was also a lover of music and was a member of the Handbell Choir at Suncrest UMC Music Ministry for many years. She will truly be missed by her three daughters and their extended families as well as her lifelong friends. She is survived by daughters Jacki Allender (Patrick) of Corvallis, Oregon, Kathy Ramsay (Jack) Boiling Springs, Pennsylvania, and Susan Rowan (Michael) of Naperville, Illinois. Also surviving are 6 grandchildren scattered across the country, Joshua Ramsay, Courtney Ramsay Crowl (Ian), Megan Allender Hefty, Taylor Ramsay Barger (Tommy), Erin Rowan, and Dylan Rowan. Also surviving are 10 great-grandchildren, Kricket Ramsay, Trenten Crowl, Parker Crowl, Noah Crowl, Chase Ramsay, Cael Hefty, Maryn Hefty, Beau Barger, Corbin Hefty, and John Barger. She is also survived by Elaine and Don Turner of Morgantown and their family. The Turners were lifelong friends and a very important part of her life. Dolly often spoke of them and was always grateful for them accepting her into their extended family. Fisher Funeral Home of Albany facilitated cremation services. Family and friends will be received at McCulla Funeral Home on Saturday, October 23, 2021 from 10 am until 12 pm. Online condolences may be extended to the family at www.mcculla.com Memorial contributions may be made to: Suncrest UMC Music Ministry (Handbell Choir) 479 Van Voorhis RD Morgantown, WV 26505 Music – Suncrest United Methodist Church (suncrestumc.org)
Print
Saturday
23
October