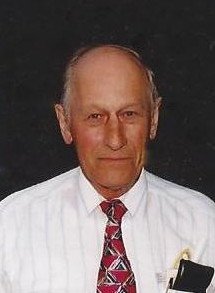 Lester Morris Adams, age 93 of Core passed away Wednesday, May 27, 2015 at his home. He was born July 22, 1921 in Holly Meadows, WV a son of the late Albert Earl Adams and Elizabeth Grace Dumire Adams. Lester had been employed as a research chemist at the Bureau of Mines and previously was a science teacher at Morgantown Junior High School, and was a United States Army Veteran of World War II. Lester enjoyed farming and gardening and attended the Buckeye United Methodist Church. He was also a longtime member and supporter of the Cassville 4-H and earned his All Star pin. Lester was very active in all masonic orders. He was a member and past master of Morgantown Union Lodge No. 4 AF & AM., was a 33rd degree Scottish Rite Mason and was a member of the York Rite. Lester is survived by his wife of 66 years, Daun Benson Adams, two daughters, Margaret Drvar and husband Marvin of Morgantown and April Adams of Melbourne, FL, two sons L. Alan Adams of Finksburg, MD and D. Mark Adams and wife Tammie of Midlothian, VA, grandchildren, Jacob Drvar and wife Kim, Jared Drvar and wife Lindsey, Todd Adams, Daniel Adams, Evan Adams, Ryan Adams, Savannah Adams, and Felicia Adams. Lester was preceded in death by two brothers, Gerald Adams, an infant brother, Denver, and a sister-in-law, Alberta Adams. Friends may call at the McCulla Funeral Home on Saturday from 2-4 & 6-8 and on Sunday from noon until the 1:00 pm funeral service with son, Deacon L. Alan Adams and Rev. Barbara Bailey officiating. Burial will follow at Beverly Hills Cemetery with graveside military honors conferred by the Westover VFW Post # 9916 and the WV Army National guard and masonic services conferred by Morgantown Union Lodge No 4 AF & AM. Online condolences may be sent to the family at www.McCulla.com.
To send flowers to the family or plant a tree in memory of Lester Adams, please visit Tribute Store
Services for Lester Adams
There are no events scheduled. You can still show your support by sending flowers directly to the family, or planting a memorial tree in memory of Lester Adams.
Visit the Tribute Store
Print
Share A Memory
Send Flowers