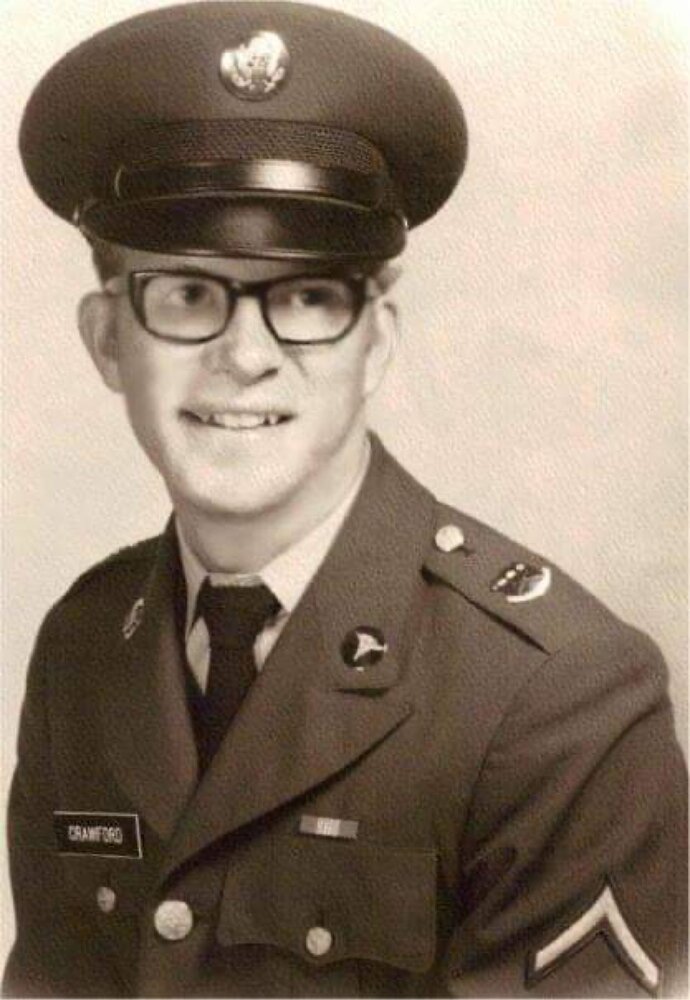 Please share a memory of David to include in a keepsake book for family and friends.
View Tribute Book
David Ralph Crawford, 70, of Morgantown, WV, went on to Heaven, August 21, 2021. He was born in Morgantown, WV, on June 21, 1951, a son to the late Ralph Erskine Crawford and Amanda Eveline Staup Crawford. David graduated from University High School and received his degree from West Virginia University. David was a veteran in the United States Army and a Medic during the Vietnam War. David is survived by his loving wife, Sally Susan Summers Crawford, whom he married on December 30, 1983; his sons and their wives, Eric (Jeannie) of Fairmont and Ricky (Amanda) of Morgantown; grandchildren, Ricky, Jr. (Brooklyn), Kaylee, Daniel, Jenna, Alissa, Willow, Jason (Tabitha), John, and Sammy; great grandchildren, Sofia and Savanna; brother, Donald; and sister, Linda. In addition to his parents, David was preceded in death by his brother, Robert; granddaughter, Winter; and his fur babies, Fritz Gunther, Maggie Mae, and Esther. Friends may gather at McCulla Funeral Home on Monday, August 23, from 2-4 & 6-8 pm. Please wear a mask while inside the building. Graveside services will take place at Beverly Hills Memorial Garden on Tuesday at 11 am with full military honors conferred by the WVANG, Camp Dawson and the Westover VFW Post #9916. Online condolences may be sent to the family at www.McCulla.com
Print
Monday
23
August