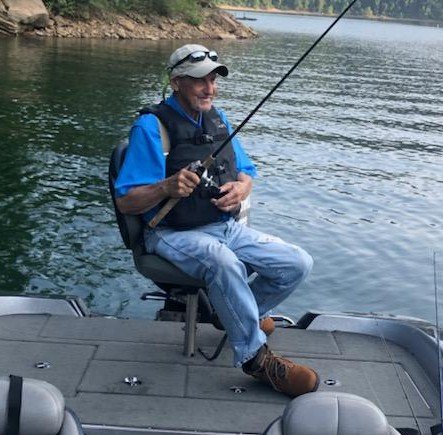 Hobart “Hobie” Eugene Butcher, age 70, of Morgantown, WV passed away on August 9, 2021 after a long-fought battle with major health issues. He was born on January 22, 1951 in Richwood, WV, raised in Sutton, WV by his late parents, Randall Ralph and Ida Nello Butcher. He moved to Morgantown, WV in 1969 where he attended West Virginia University, before beginning his lifetime career of working for Hope Gas / Dominion gas company. Hobie was actively involved in serving the community and his church by volunteering his time and skills. His favorite pastimes included bass fishing, taking care of his pets, and tending to other various animal visitors. Hobie is survived by his wife of 19 years, Janet Riefer, daughter Cynthia Snyder (Rob), granddaughters Kalie Ferrell and Athena Alberts, and step-grandchildren Sawyer and Rubi Snyder. He is also survived by his six siblings Rose Eisell, Barbs Julian, Randall “Bub” Butcher (Cathy), Wanda Horst (Bob), Shiela Baughman, and John “Johnny” Butcher. The visitation will be held at Kingdom EMC on August 13, 2021, from 4-7pm. Following the visitation, a memorial service will be held in the sanctuary. Due to his love for animals, we are asking as a family that in lieu of flowers, please donate to the (No kill shelter) Marion County WV Humane Society in his honor. Donations can be sent directly to them at their location (2731 Locust Avenue Fairmont, WV 26554) or on their website (www.mchswv.org).
Print
Friday
13
August