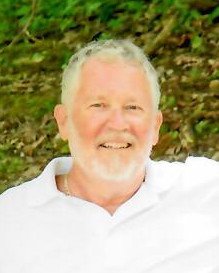 Please share a memory of Scott to include in a keepsake book for family and friends.
View Tribute Book
Scott Franklin Walls, 66, of Morgantown, was called to his eternal home to be with his Savior on Wednesday, July 28, 2021 at Ruby Memorial Hospital with his family by his side. Scott was born on August 4, 1954 to Betty Brown Martin, of Morgantown. Scott worked as a cable splicer for Verizon and also worked as a school bus driver for Monongalia County Schools. Scott was grounded in his faith and attended Kingdom a Community Church; where he enjoyed leading Ziklag. He was also a member of a Christian Motorcycle Club “Road riders for Jesus” and the Mason-Dixon Gun Club. Scott had many hobbies, including: riding his motorcycle, his sports car, and most of all spending time with his family. In addition to his mother; Scott is survived by his wife: Maria Magnone Walls; step daughters: Michaela Garrett (Josh) and Meghan Hall; step-son: Kenny Hall, all of Morgantown; step-grandchildren: Tevon Hall, Domenic Dezzutti, Aurora Rodriguez, Delilah Rodriguez, and Tanner Garrett; sister: Deborah Kay Kristofco (Robert) of Birmingham, AL; brother: David Charles Walls (Jerri) of Morgantown; and many extended family members, nieces, nephews, and friends. Friends are invited to gather for a time of visitation at Kingdom A Community Church, 540 Fairmont Road, Westover, on Sunday, August 1, 2021 from 2-6 pm. Visitation will continue on Monday at Kingdom from 10 am until the 11 am funeral service with Pastor Kevin Cain officiating. Interment will follow at Beverly Hills Cemetery. Online condolences may be extended to the family at www.mcculla.com
Sunday
1
August

Share Your Memory of
Scott
Upload Your Memory View All Memories
Be the first to upload a memory!
Share A Memory
Send Flowers