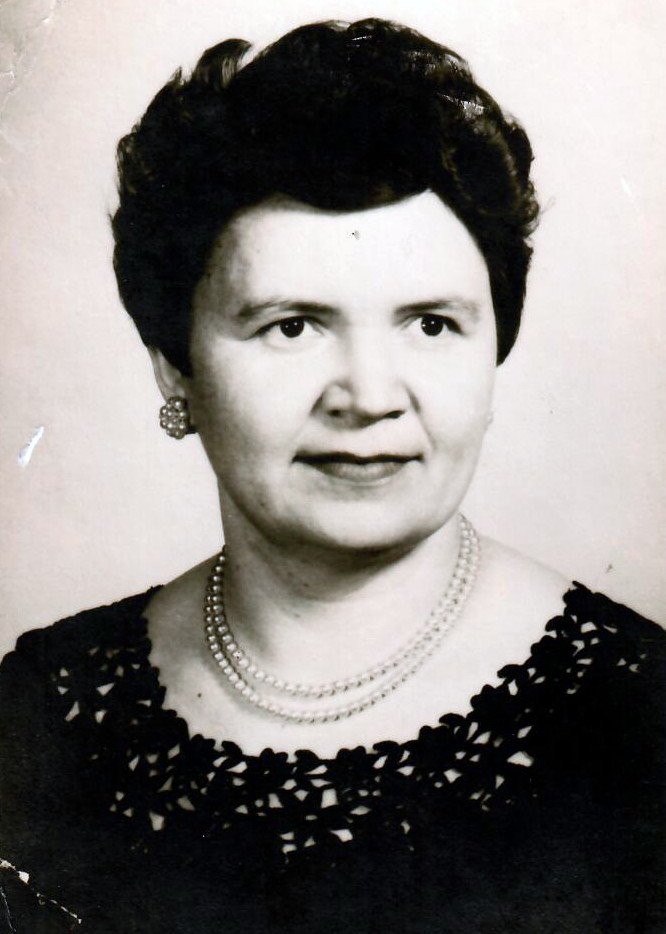 Please share a memory of Bernice to include in a keepsake book for family and friends.
View Tribute Book
Bernice Matczuk Kalisz, 88, of Arnettsville passed away from cancer at her home with her loving daughter, Regina, by her side on Friday, July 16, 2021. Bernice was born in Knorydy, Poland on October 13, 1932 to the late Mickolai and Antonina Bazyluk Matczuk. Bernice grew up during the Nazi occupation of Poland during World War II. When she came to America on February 15, 1964, she was taken in by her Aunt Julia Tamaska, her father’s sister. It took three years to wait for a green card and passport. For the first six months, she did work, she learned English by watching TV and her cousins would point to objects in a room and also learned some English during a summer course at WVU. Bernice was a hard worker, who loved being seamstress and mending clothes for her friends and neighbors. Bernice could always be found doing yard work or caring for her family at home. She was devoted to her family and her Catholic faith. Bernice worked various jobs, starting at Comuntzis as a cook; WVU Hospitals as a janitor; Picketts Cleaners and Bill’s Cleaners as a seamstress; Hotel Morgan as a cook, Thomas Cleaners as a seamstress, and Connie & Frank as a seamstress; retiring at the age of 67. Bernice is survived by her daughter: Regina Kalisz of Arnettsville; sisters: Helena Paszek and Jadzia; brother: Marian Matczuk; many nieces, nephews, and a host of friends. Bernice was preceded in death by her husband of 42 years: Edward Kalisz; brothers: Janek Matczuk, Piotr Matczuk, Wacek Matczuk, Bolek Matczuk, Jacek Matczuk, sister: Wiktoria Matczuk; and a nephew: Phillip Kalisz. Friends are invited to gather at McCulla Funeral Home, 770 Fairmont Rd. Morgantown on Sunday, July 18th from 3-5 & 7-9 pm. A mass of Christian Burial will be celebrated on Monday, July 19th at St. Francis de Sales Catholic Church at 10 am with Msgr. Anthony Cincinnati as celebrant. Interment will follow at Beverly Hills Cemetery. Online condolences may be extended to the family at www.mcculla.com
Print
Sunday
18
July