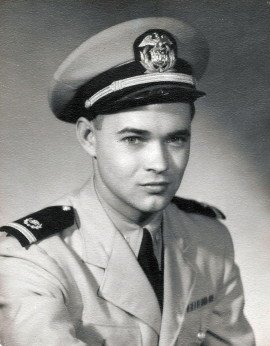 Carroll T. “Tom” Allen, age 89, of Morgantown, WV, passed away Thursday, June 25, 2015 at Mon General Hospital with his family by his side. Tom was born in Jacksonville, IL on November 2, 1925, a son of the late William and Hazel Thompson Allen. Tom lived on the family farm in Jacksonville, IL until 1943 when he graduated from Roodhouse High School. He volunteered for service in the US Maritime Service where he was trained for communication duty in the Armed Merchant Marines where he served until 1946; mostly in the South Pacific. He then attended and graduated from Washington University at which time he entered the FBI as a Special Agent from 1951-1976 in Knoxville, Newark, Pittsburgh, and the Washington D.C. Headquarters, Laboratory Division. After 1960, Tom became an enthusiastic sail boater on the Chesapeake Bay and East Coast. He also joined and taught sailing for the US Coast Guard Auxiliary. He maintained slips in Annapolis, MD at Pirates Cove and Herrington Harbor where he docked High Hopes, Jubilee and the Silent Runner. In 1980, Tom joined two other retired agents to make a partnership devoted to performing corporate electronic security services. This activity continued for about 17 years. Mr. Allen was a member of the Presbyterian Church, the American Legion, and the Sons of the American Revolution. Tom is survived by his loving wife, Ruth Patricia Howell Allen; daughters, Cynthia Allen Basile and husband Louis Paul Basile of Fairmont, WV, Karen Jane Allen of Monterey, MA, and Mary Kathleen Allen Crawford of Fairmont; grandchildren, James A. Brown of San Antonio, TX, Kerry Trahan of Fairmont, Brian Thrift of Glen Burnie, MD, Jessica Crawford of Fairmont and Nick Browne of Monterey; and great grandchildren, Justin and Jake Trahan. In addition to his parents, Tom was preceded in death by his sister, Mary Eugenia Allen Curvin and brother, William Don Allen. In honoring Tom’s wishes, cremation services were provided by McCulla Funeral Home. Friends may gather at McCulla Funeral Home on Monday, July 13, 2015 from 10:30 AM until the 11 AM memorial service with Rev. Leonard Graham officiating. Inurnment will follow at the WV National Cemetery in Pruntytown with full military honors at 1 PM. Online condolences may be sent to the family at McCulla.com
To send flowers to the family or plant a tree in memory of Carroll Allen, please visit Tribute Store
Services for Carroll Allen
There are no events scheduled. You can still show your support by sending flowers directly to the family, or planting a memorial tree in memory of Carroll Allen.
Visit the Tribute Store
Print
Share A Memory
Send Flowers