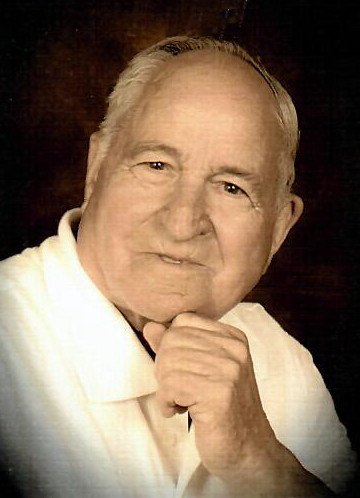 Donald Spencer Tennant, 87, of Core, passed away Saturday, January 23, 2021 at home surrounded by his loving family. He was born January 10, 1934 in Blacksville, a son of the late Dana and Florence Tennant and the last surviving member of his family. Don attended Clay Battelle High School and was in the class of 1953. He later worked at Hope Gas for 44 years, and had been owner/operator of DS Tennant and Sons. One of his favorite pastimes were setting on his front porch at Pedlar Run Road waving at people passing by. He also enjoyed going to the Flea Market and playing Santa at Christmas time. Don also took care of the Core Community Center for several years while also being President for 20 years. Don is survived by his wife, Mary Ann Eddy Tennant of 67 years; two daughters, Karen Trump (John) of Maidsville, and Connie Maxwell of Morgantown, sons Robert Tennant and wife Karen Calvert of Spraggs, PA, Charles “Chuck” Tennant and wife Joyce McCauley of Cassville, Donald Tennant and wife Chris Hall of Core, and Richard “Rick” Tennant of Core, grandchildren Shawn Trump (Aleeda), Bruce Maxwell, Holly Maxwell, Bobby Tennant and fiancée Michelle, Jennifer McCoy (Nimmie), Melissa Wade (Michael), Shadona Calvert (Jeffery), and Matthew Tennant; seventeen great grandchildren, and 14 step grandchildren and great grandchildren. In addition to his parents, he was preceded in death by a sister, Mary Florence Tennant; two brothers, Clarence Tennant and Lawrence Tennant; grandson Robert Lee Tennant Jr; and great granddaughter, Willow Grace Tennant. The family would like to thank Morgantown Hospice, an Amedisys partner, and Dr. Carl Shrader for all the love and compassion they showed the family. In lieu of flowers, the family requests that donations be made to Morgantown Hospice at 3596 Collins Ferry Rd. Suite 250 Morgantown, WV 26505. Friends may gather at McCulla Funeral Home on Monday, January 25, from 4-8 pm. A private family service will take place later with burial at St. Luke Cemetery. Online condolences may be sent to the family at www.McCulla.com
To send flowers to the family or plant a tree in memory of Donald Tennant, please visit Tribute Store
Print
Monday
25
January