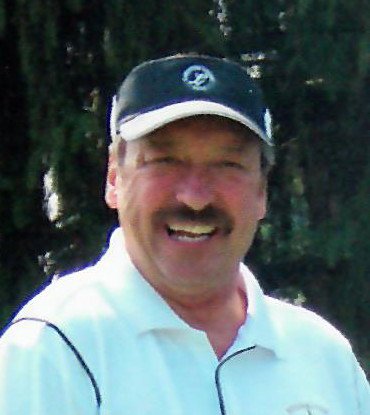 Dennis Novichenk Johnson "Denny," died peacefully at his home after a long illness on December 23, 2020. Denny was born on March 7, 1952 in Morgantown, WV to the parents of Fred and Belva Novichenk Johnson. Growing up in the Riverside (Westover) area, Denny was very active in local and school sports; was a member of the of The Boy Scouts of America and attended Riverside Methodist Church. He graduated from Morgantown High School in 1970. Denny was employed by Consol Mining in the 1970s and early 1980s and was a member of The UMWA. In 1984 Denny became a businessman opening his first bar, "Colby’s” in Westover, named after his first born son (Todd). He continued in the business world with property rentals, a car lot, "Tailgate Motors," and numerous other pubs, including, Tailgater's Pub, near WVU's football stadium, Tee Bones Steak and Ale. He owned and managed Novichenks on Cheat Road with his son Mark at the time of his passing. An avid and trophy winning golfer, Denny was also a hunter, laker, and sports enthusiast throughout his entire life. He especially enjoyed attending WVU Football and Steelers games. Denny enjoyed all sports. He was a dirtbike racer in the 1970s and was the first person to go off the backward starting gate at High Point Motor Cross Race Way in 1976. A loving and devoted father to his three children, Denny was actively involved in their sporting activities. He was also involved in coaching and supporting youth sports in the area and personally sponsored many teams. Denny was a loving, compassionate and generous family man, father, nephew, cousin, loyal friend and employer, who would give you the shirt of his back if you needed it. Never meeting a stranger, Denny was the life of the party. He loved life and lived it to the fullest, and then some. Denny's big smile was infectious. He is survived by his children, Todd Colby Johnson, Mark Anthony Adam Johnson and his fiancée, Janel Chipps and Allison Brooke Paige Johnson, all or Morgantown; Former wives, Regina "Gina" Luci and Victoria Wyn Johnson of Morgantown; mother-in-law Samantha Gayhart of Cleveland, OH; Special aunt and "second mother," Connie Johnson Gennoy and special cousin, Eddie Gennoy of Morgantown; Several cousins and dear friends who meant the world to him, and who he never forgot. Special friend, employee and helper, Rick West, of Morgantown. He was preceded in death by his parents, paternal and maternal grandparents, who helped raise him; many uncles, aunts and cousins. Family and Friends will be received at McCulla Funeral Home, 770 Fairmont Road, Westover on Wednesday, December 30, 2020 from 3:00-5:30 p.m., with a brief service following from 5:30-6:00 p.m. A private burial will take place with his family at Beverly Hills Cemetery in Morgantown. Due to Covid-19, visitors are asked to wear masks and social distance for everyone's protection during services. Online condolences may be sent to the family at www.mcculla.com
To send flowers to the family or plant a tree in memory of Dennis Johnson, please visit Tribute Store
Print
Wednesday
30
December