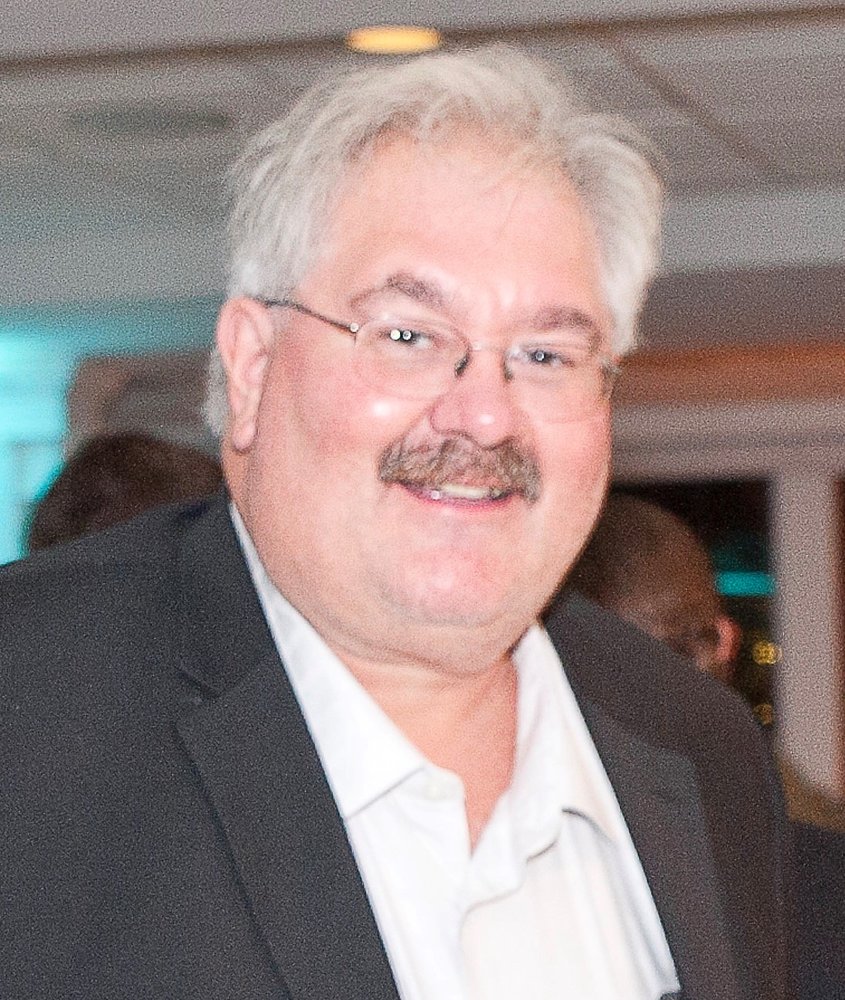 Terry Lynn Ramsey, age 61 years, a resident of Morgantown, WV, departed this life Monday Morning, September 7, 2020, unexpectedly at Madison Center where he was receiving rehabilitation therapy following a stroke on July 1, 2020. He was born June 26, 1959 in Parsons, WV, the son of the late Bob Lee Ramsey and Arlene Knotts Ramsey. On December 31, 1992 at Red House, MD, he was united in marriage to the former Sherry Lynn Parsons, who survives. They celebrated twenty-seven years of marriage. Also surviving are two daughters; Haley Miriah Ramsey and Jayden Paige Ramsey, both of Morgantown, WV, his mother; Arlene Knotts Ramsey of St. George, WV and his brother; Kevin Scott Ramsey and Deborah Lynn Watring of Leadmine. He was preceded in death by his father; Bob Lee Ramsey and his brother; Robert Neil Ramsey. He was a graduate of Parsons High School with the class of 1977, of which he was well known for his athletic ability in football, basketball and baseball. He graduated with a Bachelor of Science in Engineering of Mines from West Virginia University in 1981. He decided to study mining engineering because his father and grandfather were coal miners, along with several uncles. He worked in the mining industry 43 years. He started his career working as a summer intern for Laurel Run Mining Company on July 11, 1977. Terry also worked for Island Creek Coal Company, Consolidation Coal Company at Blacksville #2 Mine and most recently Murray Energy Monongalia County Coal Company after their purchase of Blacksville #2 in December 2013. Positions Terry held were supervisor of engineering, resident engineer, project engineer, section foreman, shift foreman, assistant mine foreman, general mine foreman, assistant superintendent and superintendent. Terry liked being in charge but more importantly he liked interacting directly with every employee at the mine. He always wanted to be the person that had all the answers and enjoyed seeing his plans followed through with a successful result. Terry sacrificed time with family, hobbies and personal interests to be very good at his job. His commitment to his employer was unquestionable. But his love for his family was unmatched. On May 1, 2019 Terry and his wife, Sherry opened Key Learning Autism Center. When their oldest daughter, Haley, had completed her master’s degree from WVU with an emphasis in Autism and Applied Behavior Analysis (ABA) and their younger daughter, Jayden, was finishing up her Bachelor of Arts in Psychology from WVU they decided to support their daughters’ passion to serve children with autism and finance the opening of a center in Morgantown, WV. Terry was very proud of this accomplishment. Less than 10% of WV children with autism have access to this life-changing, medically necessary treatment known as ABA therapy. Key Learning Autism Center is thriving because, as Terry once said, he wanted his life to mean something and leave a legacy. He was a loving son, brother, husband and father. The family will receive friends at the McCulla Funeral Home, 770 Fairmont Road, Westover on Thursday, September 10, 2020 from 3:00-8:00PM. There will also be a viewing at Hostetler Funeral Home, 225 Walnut Street, Parsons, WV on Friday, September 11, 2020 from 3:00-8:00PM. A funeral service will be at Hostetler Funeral Home in Parsons on Saturday, September 12, 2020 at 11:00AM. Interment will follow at the Bethel Cemetery at Holly Meadows. Online condolences may be extended to the family at www.mcculla.com
To send flowers to the family or plant a tree in memory of Terry Ramsey, please visit Tribute Store
Print
Thursday
10
September