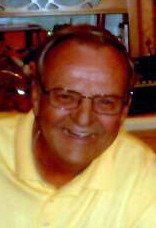 Anthony Joseph Janc, Jr., age 84, of Morgantown, and formerly of Joliet, IL and St. Louis, MO, passed away Thursday, July 9, 2020 at Ruby Memorial Hospital. Anthony was born in Chicago, IL on March 19, 1936, a son of the late Anthony Joseph and Marian Berzinsky Janc. Anthony worked as an English teacher for Joliet Catholic High School in Joliet, IL and later at St. Pius Catholic High School in Festus, MO. He was very active in athletics and was the football coach and athletic director at Joliet High School and also coached baseball and golf teams. Anthony was a devout Catholic and had a kind, loving, gentle spirit. He was also the most loyal husband, father, brother, and friend who will be greatly missed. Anthony is survived by his daughter, Mary Kristin “Kris” Elkins of Morgantown; sister, Judith Skrapits of Homer Glen, IL; brother-in-law, Father Bertin Miller of Dittmer, MO; grandchildren, Alyse Marie Elkins and Cody Martin Elkins; and several nieces, nephews, cousins, and friends. In addition to his parents, Anthony was preceded in death by his wife, Mary Jo Janc; and son, Michael Janc. In lieu of flowers, the family requests that donations be to the American Hemochromatosis Society at 4044 W Lake Mary Blvd Suite 104 PMB 416 Lake Mary, FL 32746 or a memorial mass be said in Anthony’s memory. In honoring Anthony’s wishes, McCulla Funeral Home provided cremation services and inurnment will take place beside his wife at St. Johns Cemetery in Joliet, Illinois. Online condolences may be sent to the family at www.McCulla.com
To send flowers to the family or plant a tree in memory of Anthony Janc, please visit Tribute Store
Services for Anthony Janc
There are no events scheduled. You can still show your support by sending flowers directly to the family, or planting a memorial tree in memory of Anthony Janc.
Visit the Tribute Store
Print
Share A Memory
Send Flowers