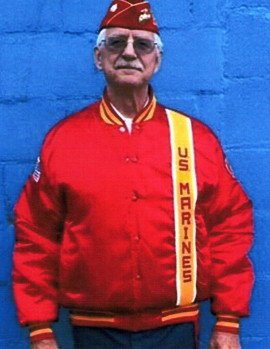 Please share a memory of Steve to include in a keepsake book for family and friends.
View Tribute Book
Steve Kish, III, age 75, passed away Wednesday, April 29, 2015 at his home. Steve was born in Rivesville on November 18, 1939, a son of the late Steve and Julia Coby Kish, Jr. Steve proudly served his country in the U.S. Marine Corps and was a member of the Vietnam Veterans of America and the Mon County Marine Corps League #342. Steve worked as a supervisor for Allegheny Power and attended Laurel Point Methodist Church. He was a loving father and grandfather who will be dearly missed. Steve is survived by his daughter, Lacy Kish and husband Craig Hatfield of Fairmont; sons, Jarrad Kish and wife Chanda Kish of Morgantown, and Steven Kish of OH; sister, Maryann Kish of TN; and grandchildren, Lydia Hatfield, Marcus Hatfield, Nathan Kish, and Nick Kish. In addition to his parents, Steve was preceded in death by his brother, Edward C. Kish. Friends may call at McCulla Funeral Home on Saturday, May 2, 2015 from 4 PM until the 7 PM funeral service with Pastor Tammy Phillips officiating. In honoring Steve’s wishes, McCulla Funeral Home will provide cremation services after the funeral. Online condolences may be sent to the family at www.McCulla.com
Services for Steve Kish
There are no events scheduled. You can still show your support by sending flowers directly to the family, or planting a memorial tree in memory of Steve Kish.
Visit the Tribute Store
Print
Online Memory & Photo Sharing Event
Online Event
About this Event