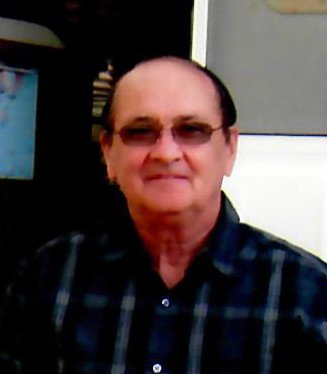 Bill W. Jones, age 77, of Lower Hildebrand Road, Morgantown passed away Thursday, April 23, 2020 at Madison Rehabilitation Center. He was born April 20, 1943 in Fairview, WV a son of the late Wayne Kyle Jones and Alberta Tennant Jones. Bill was a retired superintendent of the shaft department of Peabody Coal Company and a member of the Morgantown Church of Christ. Bill enjoyed working and volunteering to help his community and also enjoyed traveling. He was also involved and active in church mission trips. Bill is survived by his wife Pat Gidley-Jones, two daughters, Kelly (Mike) Miller of Reedsville and Shelly (Chris) DeHart of Nashville, TN, two sons, Michael (Ellen) Harker of Morgantown, Cameron (Jennifer) Harker of Morgantown, two step-sons, Robert (Janet) Gidley of Grafton and Roger (Janette) Gidley of Morgantown, two sisters, Sherry Maxwell and Penny Quickle, one brother Jack Jones, 10 grandchildren, 8 great grandchildren, 5 step grandchildren, and 12 step great grandchildren. Bill was preceded in death by his beloved wife of 23 years Carol Jones and one brother, David Jones. Private family services were held at the McCulla Funeral Home on Saturday with burial at Beverly Hills Cemetery. A celebration of life will take place at a later date. The family requests that donations be made in Bill’s memory to the Morgantown Church of Christ, 361 Scott Ave., Morgantown, WV 26508. Online condolences may be sent to the family at www.McCulla.com.
To send flowers to the family or plant a tree in memory of Bill Jones, please visit Tribute Store
Services for Bill Jones
There are no events scheduled. You can still show your support by sending flowers directly to the family, or planting a memorial tree in memory of Bill Jones.
Visit the Tribute Store
Print
Share A Memory
Send Flowers