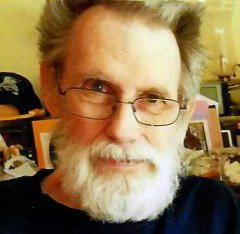 Jesse Ohl Mapstone, Jr., age 79, of Morgantown, passed away Friday, February 28, 2020 at his home. Jesse was born in Sunbury, PA on May 2, 1940, a son of the late Jesse Mapstone, Sr. and Nina Van Buskirk Mapstone. Jesse proudly served his country in the US Army Reserve. He graduated from Penn State University with a degree in Fuel Science. After graduation, Jesse worked as a Physical Scientist for the Department of Energy, originally Bureau of Mines. Formerly, Jesse enjoyed bowling in leagues and tournaments. He also enjoyed reading, doing word puzzles, and following the Cleveland Indians and Detroit Red Wings. Jesse was a member and officer of several volunteer groups, including the Jaycees, and on the missions committee at his church, Suncrest United Methodist. His unique sense of humor will be greatly missed. Jesse is survived by his wife Carole Roy Mapstone; daughters, Diane Elizabeth Cook (Mike) of Raleigh, NC and Laura Katherine Twentier of Morgantown; son, William Edward Mapstone of Orefield, PA; and grandchildren, Michael Cook, Jr. and Danielle Cook both of Raleigh, NC. In addition to his parents, Jesse was preceded in death by his brother, Kenneth Van Mapstone. Friends may gather at McCulla Funeral Home on Tuesday, March 3, from 4-8 pm. Funeral services will be held at McCulla Funeral Home on Wednesday at 11 am. Burial will follow at Arnettsville Cemetery. Online condolences may be sent to the family at www.McCulla.com
To send flowers to the family or plant a tree in memory of Jesse Mapstone, please visit Tribute Store
Services for Jesse Mapstone
There are no events scheduled. You can still show your support by sending flowers directly to the family, or planting a memorial tree in memory of Jesse Mapstone.
Visit the Tribute Store
Print
Share A Memory
Send Flowers