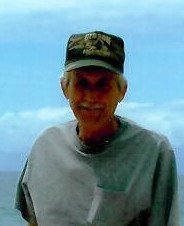 Obituary of David A. Jenkins

David Jenkins, 67, of Morgantown, passed away on Thursday, February 27, 2020 at Ruby Memorial Hospital surrounded by his family. He was born on August 13, 1952 to the late William and Isabelle Ayersman. Dave was raised by his grandparents, the late James A. and Mary McKinney Jenkins. Dave was a coal miner at Redbone Mining in Maidsville. He loved working in his garden, hunting, and fishing. Dave is survived by his two daughters, Connie Hall and husband Brian of NC, and Mary Alt and husband Christopher of Morgantown; grandchildren, Allison, Hailey and Emily Hall, and Christian, Alycea, Cayden, and Camden Alt; one brother, William Jenkins, one half-brother, Donald Ayersman; and two nieces Jamie Murray and Christy Johnson. Preceding him in death, in addition to his parents and grandparents, were a sister, Beverly Jenkins, a half-brother, Paul Ayersman, and a nephew James Javosky. The family will honor Dave’s wishes to be cremated. A private memorial service will be held at a later date. His family would like to thank the WV Caring Hospice team for all of their care and compassion.
To send flowers to the family or plant a tree in memory of David Jenkins, please visit Tribute Store
Services for David Jenkins
There are no events scheduled. You can still show your support by sending flowers directly to the family, or planting a memorial tree in memory of David Jenkins.
Visit the Tribute Store
Print
Share A Memory
Send Flowers