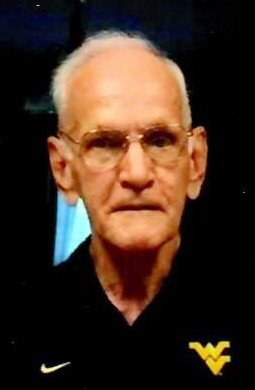 Richard H. White, Sr., 86, of Morgantown passed away peacefully on Wednesday, January 15, 2020 at the Madison Center. He was born September 9, 1933 in Morgantown a son of the late Aldo Clarence and Mary Lena White. Richard was a United States Army Veteran of the Korean War and was a retired coal miner by trade. Richard is survived by his three sons, Richard “Ricky” White, Jr. and fiancée Lydia Link of Monongah, Gary White and girlfriend, Susan Harrison of Morgantown and Jerry White and wife Amy of Grafton, two daughters, Sharlene Dalton of Idaho Falls, Idaho, and Rhonda White and lifelong friend Sonya Carder of Morgantown, one brother, Clarence Aldo White of the Kingwood Pike along with several grandchildren, great-grandchildren, nieces and nephews. Richard was also preceded in death by his wife, Margaret “Peggy” White, brothers, Johnny, Ressie, and special brother Robert Cordwell, sisters Lorraine Humphries and Louise Fox and a son-in-law Terry Dalton of Idaho Falls, Idaho. Richard will surely by missed by his other family, Charlie, Kelly and Paul Gazi, Mary Walls, Rhonda, Wytnei and Jim Turner; Patti Stouffer and his furry companion, Molly. The help and love shown to him will never be forgotten. The family would also like to extend heartfelt thanks to all the caregivers at Amedisys Hospice and Madison House for their love and compassion while taking care of their hero. A special thank you to DanaSha Griffin, Roy Bissett, Katlyn Gibson, Monica Barner, Colton Heflin, and Kendra Wegman. Friends may call at the McCulla Funeral Home, 770 Fairmont Road, Westover from 1-5 PM Sunday and on Monday from 10:00 am until the 11:00 am funeral service with Pastors Allen Donham and Joseph Donham officiating. Burial will follow at Beverly Hills Cemetery with graveside military services provided by the Westover VFW Post # 9916 and the WVANG Funeral Honors. Online condolences may be sent to the family at www.McCulla.com.
To send flowers to the family or plant a tree in memory of Richard White, Sr. , please visit Tribute Store
Services for Richard White, Sr.
There are no events scheduled. You can still show your support by sending flowers directly to the family, or planting a memorial tree in memory of Richard White, Sr. .
Visit the Tribute Store
Print
Share A Memory
Send Flowers