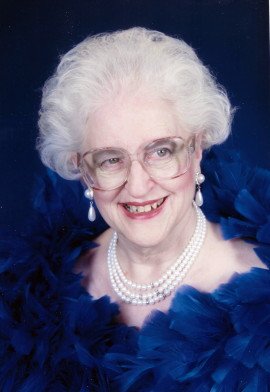 Please share a memory of Kathryn to include in a keepsake book for family and friends.
View Tribute Book
Kathryn “Kay” Elaine Bradbury, 83, of Morgantown, West Virginia and formerly of Lufkin, Texas, passed away on Tuesday, August 18, 2015 in hospice care at Sundale Nursing Home in Morgantown after a lengthy battle with dementia. Kay was born on August 6, 1932 in Toledo, Ohio to the late Edward and Mary Lentz. She grew up in Ohio, living in Toledo, Dayton, and Columbus, graduating from West High School in 1950. While getting her degree in botany from The Ohio State University, she met the love of her life, Rolfe “Doug” Bradbury. They married in 1956 and together they lived in Michigan, Georgia, and Virginia before moving to Texas in 1966. They lived in San Augustine, Texas until 1973, when they moved to Lufkin where they lived for 38 years until moving to Morgantown in 2011. Doug was at her side, holding her hand as she took her last breath. She is survived by her loving husband of more than 58 years, Rolfe “Doug” Bradbury of Morgantown; two sons, John Bradbury and wife Patti of Morgantown, and James Bradbury and wife Karen of Wisconsin Rapids, Wisconsin; two grandchildren, Justin Steckbauer of Wausau, Wisconsin and Stephanie Fox of Madison, Wisconsin; one sister, Barbara McCorkle and husband William of Columbus, Ohio; and a number of nephews, nieces, and cousins. Kay was a proud member of the Daughters of the American Revolution. She loved to play bridge, watch and feed wild birds, read mystery and science fiction novels, and watch and listen to her beloved Houston Astros play baseball. Kay’s family wishes to thank the doctors, nurses, aides, and staff at Sundale Nursing Home in Morgantown and at Stoneleigh Nursing Home in Lufkin, and the nurses, social workers, and staff at Morgantown Hospice for their compassionate care of Kay. Cremation services were provided by McCulla Funeral Home. A family celebration of life will be held at a later date. In lieu of flowers, donations may be made to the Alzheimer’s Association at alz.org. Condolences: www.mcculla.com
Services for Kathryn Bradbury
There are no events scheduled. You can still show your support by sending flowers directly to the family, or planting a memorial tree in memory of Kathryn Bradbury.
Visit the Tribute Store
Print
Online Memory & Photo Sharing Event
Online Event
About this Event