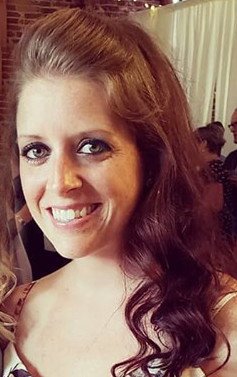 Make Donation
Plant a Tree
Share this Tribute:
Share Obituary:
Share Your Memory of
Stephanie
Upload Your Memory View All Memories
Be the first to upload a memory!

Stephanie Nicole Phillips Eddy, age 30, of Core, previously of Moundsville, passed away Thursday, September 5, 2019 due to an automobile accident. Stephanie was born in Wheeling on June 4, 1989, a cherished daughter of Dennis J. and Denise L. Phillips of Moundsville.

Stephanie was a 2007 graduate of John Marshall High School and a 2011 graduate of West Liberty School of Nursing. She married Damone Eddy September 23, 2016 and was employed at Ruby Memorial Hospital. Her greatest love was being a wonderful mother to Dawson and Averie Eddy.

In addition to her parents, Stephanie is survived by her beloved husband, Damone Eddy; children, Dawson and Averie Eddy; sisters, Sarah Elrod (Jason) of S. Fayette Township, PA and Anna Phillips (Randall) of Moundsville, the tremendous bond she had with her sisters will never be broken; she was adored by her grandparents, Norman and Barbara Vilkoski and Joyce Phillips, all of Moundsville; and the Eddy family who loved her as their own daughter, parents-in-law, Ryan and Fonda Eddy; sisters-in-law, McKayla Barnette (Aaron), Fontana Miller (Ben), Alyssa Eddy; brother-in-law, Skylar Eddy (Christina) all of Blacksville; and many aunts, uncles, cousins, nieces, nephews, family, and friends.

In honor of Stephanie, hug your children, family, and wife a little tighter, and tell them how much you love them.

In lieu of flowers, the family is asking for donations to be made to WVU MedicineChildren’s/WVUF, P.O. Box 1650 Morgantown, WV 26506. We ask that you note Stephanie’s name in the memo line.

Friends may gather at Altmeyer Funeral Home, 118 Grant Ave. Moundsville, WV on Sunday, September 8th from 2 until 7 pm and at Kingdom: A Community Church, 540 Fairmont Rd. Morgantown, WV on Monday from 2-7, and on Tuesday from 12 until 1 pm funeral service with Pastor Fred Eddy II officiating. Burial will follow at Olive Cemetery. Online condolences may be extended to the family at www.mcculla.com