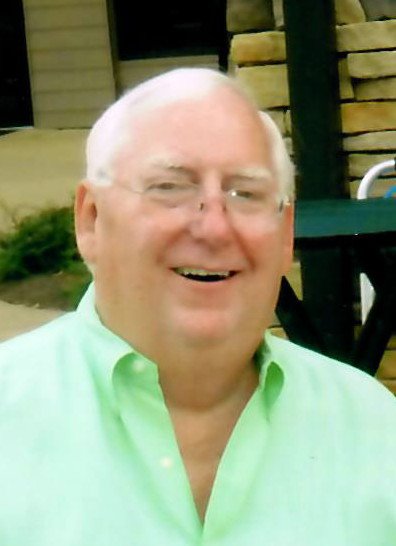 Make Donation
Plant a Tree
Share this Tribute:
Share Obituary:
Share Your Memory of
George William "Bill"
Upload Your Memory View All Memories
Be the first to upload a memory!

George William “Bill” Seaman passed away Saturday, August 31, 2019 at WVU Hospital. He was born July 2, 1938, in Pentress, WV, the son of the late Othello E. (Red) and Hazel M. (Hamilton) Seaman. He and his wife of 62 years, Frances Efamy “Amy” (Harker) Seaman, made their home in the Pentress/Mooresville Community. He was a 1956 graduate of Clay Battelle High School.

Bill worked as a livestock broker, buying stocker and feeder cattle for shipment to ranches and feedlots in the mid-west. Shipping his first load West in 1970, Bill was fortunate to make many good friends (customers) over the next several decades. Under his guidance, this legacy continues as the 5th generation is now involved in the daily operation of Seaman Cattle Company, stemming from the livestock business that began in this same location in 1918.

In his younger days, Bill enjoyed fishing and hunting. Many hours were spent along the South Branch of the North Fork of the Potomac River with his father, his brother Bud, and their sons. During his semi-retirement he enjoyed traveling, shooting sporting clays and bird hunting. He and Amy loved spending time in their mountain cabin on the Cheat River, often spending the entire day driving the back roads of Randolph County, enjoying the beautiful scenery. These trips often passed by herds of pasture cattle in the sinks of Gandy.

He was a long-time member of Olive United Methodist Church, Quail Forever, The Ruffed Grouse Society and Vintagers. His passion for shooting vintage shotguns, led him to the Vintage Cup on more than one occasion.

In addition to his wife, he is survived by two sisters: Mildred Parker and Norma Jean Tuttle and one sister-in-law, Jane Varner; his children, Deborah and Don Beezhold of Morgantown, Bill Seaman, Jr. of Mt. Morris and Lisa and John Bennett of Mt. Morris; his grandchildren, Tara and Ritchie Tennant, Justin and Sarah Eddy, Heather and Shawn Henderson, Will and Samantha Seaman, Thaddeus Statler, and Briston Bennett; his great grandchildren, Kaitlyn and Daphne Tennant, Delilah, Colt, and Saige Henderson, Bryson and Brantley Eddy, and Waylon Seaman. He is also survived by thirteen nieces and nephews.

In addition to his parents, Bill was predeceased by one brother, Edgar “Bud” and his wife Lora, four brothers-in-law, Gene Harker, Harold Varner, Otis Parker, and Jim Tuttle; and two nieces, Sharon Harker and Sandy Wilson.

In lieu of flowers, the family requests that contributions be made to Bill’s favorite charity, Miss Green Hat at missgreenhat.myevent.com

Friends may gather at Olive United Methodist Church on Monday, September 2, 2019 from 2-8 pm and on Tuesday from 11am until the 12 pm time of service with Pastors John Brosky and Fred Eddy officiating. Burial will follow at Olive Cemetery. McCulla Funeral Home is in charge of arrangements and online condolences may be sent to the family at www.McCulla.com