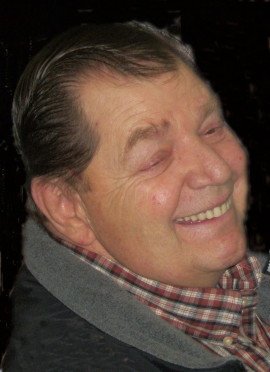 Please share a memory of William to include in a keepsake book for family and friends.
View Tribute Book
William Eugene Field, 70, of Morgantown, WV passed away on Thursday, September 3, 2015 at his family’s vacation home in Moorefield, WV, with his loving wife by his side. William, or Bill as he was known, had suffered several challenges to his health over the past few months which may have precipitated his early death due to an apparent massive stroke. He died instantly and without pain. Bill is survived by the love of his life, his wife Yvonne “Bonnie” Field, whom he married 48 years ago in Morgantown. He is also survived by his birth mother, Polly Barnes, his adopted sister Carol Field Mills, several half-brothers and sisters, his son Brent and wife Alysa, his daughter Michelle “Shelly” and husband Keith, and three grandchildren: Aric, Avery, and Bailey Field. He was preceded in death by his adopted parents, Ted and Bessie May Field. Bill was a 1963 graduate of Morgantown High School and began a career as a truck driver, hauling everything from aluminum to zucchini all over the country and into Mexico and Canada. Later in his career, he was hired into show business to transport sets for Broadway plays and for musical acts when they would go on tour. He worked, and was friends with such varied celebrities as Patrick Dempsey, Patty Labelle and David Copperfield, with whom he worked for several years. He went on to transport camera equipment for ESPN and the WWE, where he appeared on several episodes of their television broadcasts along with wrestlers like Dwayne “The Rock” Johnson. He retired several years ago and took on several interests, like building a drag racing car and participating actively with the Dream Machines Car Club, where he won a trophy last weekend with his street rod, a beautiful 1940 Oldsmobile that his wife allowed him to purchase a few months ago. He was loved by all who knew him, and had several strong loves of his own, including, but not limited to: his wife, his children, his grandchildren, oldies music, antique cars, and Emma Thompson as Nanny McPhee. He was most proud of the accomplishments of his family over his own, and often told people he met of the beautiful woodworking his wife did, his daughter-in-law’s school career which has culminated in becoming a surgical nurse in the orthopaedic service of WVU Hospital, his son, who graduated with his Bachelor’s degree in Criminal Justice from Fairmont State and was under application to attend WVU Law School next year, and his daughter, who worked as a primatologist, a college professor, and a farmer. Bill loved visiting his children when they lived away from home, taking trips to such diverse locations as New Mexico, Oregon, and Washington state. The family would like to express their thanks to Drs. Scott Daffner and Ben Frye of WVU Hospital, who worked tirelessly to help Bill recover from three major operations he needed this year. They allowed him to spend additional time with his family, which they treasured. Friends are invited to gather at McCulla Funeral Home on Monday, September 7, 2015 from 2-4 & 6-8 pm and on Tuesday from 10 am until the 11 am funeral service with Bishop Robert Hoskin officiating. Burial will follow at Pleasant Hill Cemetery. Flowers will be accepted at the funeral home, but memorial contributions can be made in Bill’s memory to Dream Machines Car Club, as he was very proud of the work they did on behalf of such organizations as St. Jude’s Children’s Hospital. Online condolences may be extended to the family at www.mcculla.com
Services for William Field
There are no events scheduled. You can still show your support by sending flowers directly to the family, or planting a memorial tree in memory of William Field.
Visit the Tribute Store
Print
Online Memory & Photo Sharing Event
Online Event
About this Event