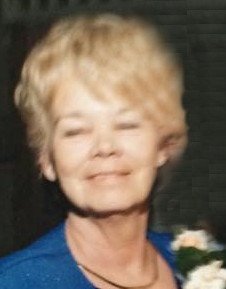 Make Donation
Plant a Tree
Share this Tribute:
Share Obituary:
Share Your Memory of
Bonnie
Upload Your Memory View All Memories
Be the first to upload a memory!

Bonnie J.Golden, 85, of Granville passed away while surrounded by her loving family on July 3, 2019 at her home. Bonnie was born in Morgantown on May 24, 1934 to the late Russell R. Wolfe and Barbara Cook Wolfe.

Prior to her retirement, she worked at Mylan Pharmaceuticals. In retirement, Bonnie devoted herself to the care of her husband until the time of his death.

In addition to her parents, Bonnie was preceded in death by her husband Audrey “Junior” Golden; her beloved son Gary Golden; sisters: Norma Elias, Marjorie Cozad, Maxine Wolfe, and Alice Mayle; and her brother: Robert Wolfe.

Friends are invited to gather at McCulla Funeral Home on Sunday, July 7th from 2-4 & 6-8 pm. Visitation will continue on Monday from 10 am until the 11 am funeral service with Pastor Jim Weber officiating. Burial will follow at East Oak Grove Cemetery. Online condolences may be extended to the family at www.mcculla.com