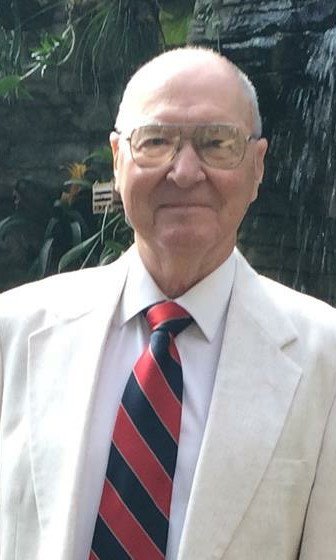 Please share a memory of Norman to include in a keepsake book for family and friends.
View Tribute Book

Norman LeRoy “Lee” Lapp, 86, of Morgantown, WV left this life to spend eternity with his Lord and Savior on Monday, July 16, 2018 with family by his side. LeRoy was born in Perkasie, PA on May 16, 1932 to the late Norman B. Lapp and Mabel Wismer Lapp.

LeRoy graduated from Eastern Mennonite University in 1956 where he was class president and met his future wife. He received his MD from Temple Medical School in 1961. After an internship at St Luke’s hospital in Bethlehem, PA, LeRoy completed his residency in pulmonary medicine at Mayo clinic.

In 1966, Dr. Lapp was recruited to join the brand-new Appalachian Laboratory For Occupational Respiratory Diseases (ALFORD), now a part of NIOSH in Morgantown, WV. While at ALFORD, his research was instrumental in understanding and developing federal regulations related to black lung and silicosis in coal miners.

He joined the WVU Department of Medicine in 1975 and served as Chief of the Pulmonary and Critical Care Section for 10 years. In addition to his research in occupational lung diseases, he cared compassionately for many patients in the intensive care units at WVU Hospital. He eagerly taught hundreds of medical students, interns, residents and fellows over nearly 30 years as a faculty physician.

Dr. Lapp was recognized with the creation of the N LeRoy Lapp Professorship in Pulmonary and Critical Care Medicine at WVU in 1994, and was recognized as a Benedum Distinguished Scholar that same year. The American Lung Association awarded him Outstanding Clinician in 2004.

Outside of medicine, LeRoy enjoyed singing and sang with quartets and choirs, most recently with the Suncrest UMC choir and the WVU University/Community choir. He always enjoyed trying new things and traveling, especially visiting many friends all over the world. After retiring in 1995 he took up genealogy and spent many hours researching the family tree. His other lifelong passion was reading, especially mysteries. LeRoy volunteered with the dementia respite program at Suncrest UMC for several years.

In addition to his parents, LeRoy was preceded in death by his wife of nearly 59 years, Catherine Alger Lapp, brothers Stanley Lapp and Marvin Lapp, and sisters Margaret (Lapp) Reimer and Esther (Lapp) Kempf.

The family would like to thank the loving caregivers at Evergreen Assisted Living and Sundale Rehabilitation and Long Term Care, where he was always a staff favorite for his pleasant manner and ready smile.

In lieu of flowers, memorial contributions may be made to the N LeRoy Lapp Professorship in Pulmonary and Critical Care Medicine via the WVU Foundation, P.O. Box 1650, Morgantown, WV 26507, the N. LeRoy and Catherine A. Lapp scholarship fund via Eastern Mennonite University, 1200 Park Rd,

Services for Norman Lapp
There are no events scheduled. You can still show your support by sending flowers directly to the family, or planting a memorial tree in memory of Norman Lapp.
Visit the Tribute Store
Print
Share A Memory
Send Flowers