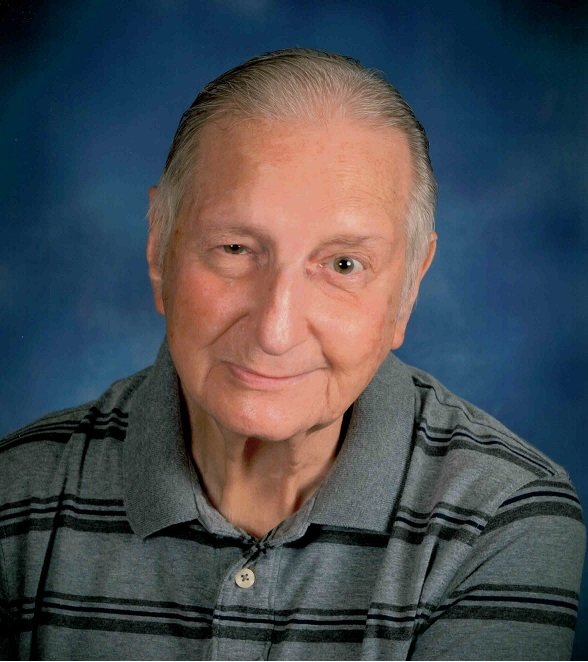 Rev. George D. Koon, Jr., of Westover, was finally reunited with the love of his life, Lottie.  He died peacefully at “The Man Cave” on Sunday, March 25, 2018.  Jr. and Lottie are now walking together on those Golden Streets singing “I Won’t Have to Worry Anymore”.  He was surrounded by love from family and friends during the last few months especially, always thanking everyone for their extra special care.

“Jr” was born on July 29, 1931, in Morgantown WV to the late George Sr. and Bertha Koon.  He grew up in Westover and graduated from Morgantown High School in 1950.  He joined the Navy, attended West Virginia University as a music major.  After a career in sales he was called into the Ministry at the age of 55.  He then served the Hagan’s Christian Church until his retirement at 75.

He was the Patriarch of the Gospel Singing Koon Family for over 50 years.  He is survived by his seven children, David and Mary, Jim, Paul and Vickie, Marianne, Debbie and Eddie, John and Michele, and Becky.  He has 17 grandchildren, Katrina and Bill, Kristie and Stephen, Kevin, Jamie and Lindsay, Sarah and Chad, Paul Jr., Erick and Michelle, Evan, Tim and Kristi, Tom and Shalane, Cheryl, Joelle, Jackleen, Ashley, Glendon, Nikki and Dallas, and Amber.  Twenty-three, great-grandchildren and several nieces and nephews.

He was preceded in death by his wife, Mary C. “Lottie” Koon in 2004, his grandson, Johnathon Erick Koon in 2005, and his siblings James, Wendell, Chuck, and Freda.

Family and friends will be received at the Westover United Methodist Church, where dad started singing in the choir at the age of 14 and met Lottie, located 28 North Street, Westover, WV 26501 on Wednesday, March 28, 2018 from 3:00 p.m. to 8:00 p.m. and Thursday March 29, 2018 at 10:00 a.m. with the funeral service starting at 11:00 a.m.  Pastor Rose “Jo” McCartney will be officiating the service assisted by Rev. Kevin Cain and Rev. Richard Settles.  Private interment will be at Arnettsville Cemetery in Arnettsville, WV with graveside military honors conferred by the Westover VFW Post #9916 and WVANG, Camp Dawson.

In honoring his memory send donations to the Westover United Methodist Church.

McCulla Funeral Home is in charge of arrangements and online condolences may be sent to the family at www.McCulla.com

Share Your Memory of
Rev. George "Jr."
Upload Your Memory View All Memories
Be the first to upload a memory!
Share A Memory
Send Flowers