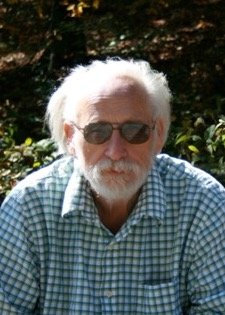 Please share a memory of Clifford to include in a keepsake book for family and friends.
View Tribute Book
Clifford Lemuel Hunt, age 75, of Morgantown passed away Wednesday, December 2, 2015 at his home. He was born August 15, 1940 in Catawba, WV, a son of the late James and Martha Beckman Hunt. Clifford is a retired United States Army Veteran of 20 years. He served in the states, Post Korea and Vietnam. He was an Air Defense Artillery Operations and Intelligence Assistant. Among his commendations are Air Force Outstanding Unit Award, Rifle M16-Expert, and Meritorious Service Medal. He was unusually kind, compassionate and generous and touched many people throughout his life as he served as a Baptist minister, a Christian school principal, and the owner of a home repair business. Cliff was a gentle soul. Gentleness can only be expected from the strong. Clifford is survived by his wife, Elizabeth Mary Sneathen, one son Anthony Hunt of Austin, TX, two daughters, Lynnette Knight of Rock Hill, SC and Penny Esparza of EL Paso, TX, one sister, Cassandra Taylor of Morgantown, grandchildren, Christian and Noam Knight of Rock Hill, SC, cousin and spouse, Sharon and Ronnie Cain of Westover. Clifford was preceded in death by one brother, Ronald Hunt. Friends may call at the McCulla Funeral Home, 770 Fairmont Road on Sunday, December 6, 2015 from 3-5 pm. Funeral services will be held on Monday, December 7, 2015 at 10:00 am. Burial will follow at the WV National Cemetery in Pruntytown with military honors provided by the WVANG funeral military honors Camp Dawson. Because Cliff passed away from Alzheimer’s, the family requests that donations be made in his memory to the Cure Alzheimer’s Fund, 34 Washington St., Suite 200, Wellesley Hills, MA 02481 – See more at: http://www.curealz.org/donate/other#sthash.DLqhmivh.dpuf . Online condolences may be sent to the family at www.McCulla.com.
Services for Clifford Hunt
There are no events scheduled. You can still show your support by sending flowers directly to the family, or planting a memorial tree in memory of Clifford Hunt.
Visit the Tribute Store
Print
Online Memory & Photo Sharing Event
Online Event
About this Event