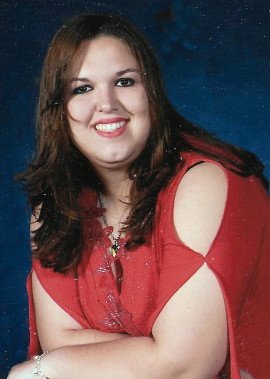 Please share a memory of Stephanie to include in a keepsake book for family and friends.
View Tribute Book
Stephanie Ann Schiffbauer-Rudash, 26, of Morgantown was surrounded by her loving family as angels ushered her into the presence of her Savior on Monday, December 7, 2015 at Ruby Memorial Hospital. Stephanie was born in Morgantown on February 17, 1989 to A. Richard “Rick” Rudash and Cheryl Ann “Chan” Schiffbauer-Rudash, of Morgantown. Stephanie’s strong faith and trust in Jesus Christ was an example to many and she enjoyed worshipping at the Pierpont Church of the Nazarene. While a student at Trinity High School, she received an award for the most volunteer hours and went on several missions trips. She was always looking for ways to help others. Stephanie competed in the 2007 World Bible Quiz and was the only person with a perfect score from the Northern West Virginia District. Stephanie was a West Virginia Promise Scholar, who majored in Music until her health prohibited her from attending college at West Virginia University. She was also a member of the Phi Sigma Theta National Honor Society at WVU. She was a member of the Pride of West Virginia, The Mountaineer Marching Band and was an Independent Mary Kay Consultant. In addition to her parents, Stephanie’s memory and legacy will live on through her maternal grandmother, Maymie Schiffbauer of Morgantown; her Uncle Earl & Aunt Karen Schiffbauer; her cousin Elisabeth Schiffbauer; her best friend Angela Matthews; and her feline companions Jack the Cat & Tony the Tiger. Stephanie was preceded in death by her maternal grandfather Albert Schiffbauer and her paternal grandparents, Alvie & Patricia Rudash. Friends are invited to gather in support of the family at McCulla Funeral Home on Wednesday, December 9th from 6-8 pm and on Thursday from 2-4 & 6-8 pm. Visitation will continue on Friday, December 11th from noon until the 1 pm funeral service with Rev. Casey Shorr officiating. Burial will follow at Lawnwood Cemetery. Online condolences may be extended to the family at www.mcculla.com.
Services for Stephanie Schiffbauer Rudash
There are no events scheduled. You can still show your support by sending flowers directly to the family, or planting a memorial tree in memory of Stephanie Schiffbauer Rudash.
Visit the Tribute Store
Print
Online Memory & Photo Sharing Event
Online Event
About this Event