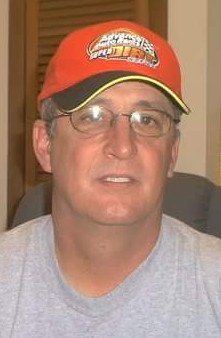 Please share a memory of Kevin to include in a keepsake book for family and friends.
View Tribute Book
Kevin “Houndog” Mackie age 61 of East Street, Westover passed away Saturday, December 12, 2015 at his home. He was born December 13, 1953 in Shirley, MA of son of the late William and Pauline Howard Mackie. Kevin was a shuttle operation manager for The Domain and was a United States Marine Corps veteran. Kevin made Morgantown his home over 30 years ago. He fostered many friendships over these years as a member of the Dr. John’s Crew and active involvement with the Westover VFW # 9916, where he enjoyed participating in the Honor Guard. Kevin enjoyed hunting and fishing in his spare time but his greatest love was being with his family. Kevin is survived by his two sons, Michael Mackie and wife Crystal of Morgantown and Scott Jeffers of Morgantown, three grandchildren, Reese Carolynn Mackie, Riley Jeffers, and Dalton Jeffers, sister Robin, brothers, Mark, Brian, Dennis, and Billy, his longtime friend, John Cathreno, and several nieces and nephews. In lieu of flowers, the family requests that donations be made in Kevin’s memory to the Westover VFW Post #9916, 340 Holland Ave Westover, WV 26501 Friends may call at the McCulla Funeral Home, 770 Fairmont Road, Morgantown on Wednesday from 2-4pm. Funeral services will be held at 4:00 pm with Pastor David Goodin officiating. McCulla Funeral Home will provide cremation services following the funeral. Online condolences may be sent to the family at www.McCulla.com.
Services for Kevin Mackie
There are no events scheduled. You can still show your support by sending flowers directly to the family, or planting a memorial tree in memory of Kevin Mackie.
Visit the Tribute Store
Print
Online Memory & Photo Sharing Event
Online Event
About this Event