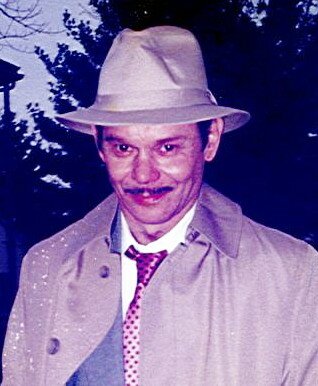 Please share a memory of John to include in a keepsake book for family and friends.
View Tribute Book
John Day Pavelko, (J.D.) 77, died suddenly on Tuesday, November 8, 2022, at his home in Independence, West Virginia. He was born April 10, 1945, in San Diego, California at the Naval Base to John Pavelko and Rosella Day Pavelko. J.D. went to Chestnut Ridge, a one room school house in Morgantown and was also homeschooled. He was a retired electrician and a member of IBEW locals 425 and 596. He is survived by his wife of 53 years Rebecca Sue Teets Pavelko, daughter Darcie Jo (Steven) Petrone, granddaughter, Devin Paige Petrone, grandson, Alec Anthony Petrone, sisters Barbara Sue (Larry) Allen, Shirlene Pavelko, brothers Gary Lee (Vickie) Pavelko, Donnie Ray (Marty) Pavelko, half-brothers, John Fitzgerald Pavelko and Eric Michael Pavelko; step-sister, Betsy Edmond; as well as many nieces and nephews. John was preceded in death by his brother Robert Sherman Pavelko, his mother Rosella Day Pavelko, his father John Pavelko; step-brother, Craig Edmond; and half-sister, Patricia Strakal. Friends may gather at McCulla Funeral Home on Friday, November 11, 2022 from 2-4pm & 6-8pm and again on Saturday from 10 am until the 11 am funeral service with Gary Pavelko officiating. Burial will follow at Beverly Hills Cemetery. Online condolences may be sent to the family at www.McCulla.com
Print
Friday
11
November