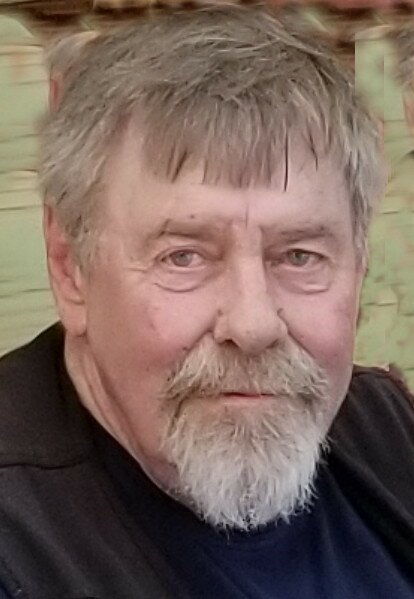 Please share a memory of James "Butch" to include in a keepsake book for family and friends.
View Tribute Book
James Edward “Butch” Michael, 72, of Morgantown, passed away Saturday, September 17, 2022 at his home surrounded by his loving family from medical complications. Butch was born in Fairmont on August 13, 1950 to the late James Lee and Laura Collier Michael. Butch had been employed as a truck driver and was a former coal miner. Butch had a variety of hobbies. He enjoyed woodworking, knife making, metal detecting and shine making. He always enjoyed working on his farm and lately had taken up the hobby of curing and smoking various Italian meats. Butch is survived by his wife, Marilyn “Jaye” Steorts Michael, daughters, Billie Sue (Jerry) Vance of Morgantown, Jamie Lee (Kevin) Ellis of North Carolina and Jo Clair (Tim) Morgan of Fairmont; son, James “Paul” Michael (Jacoba) of Sutton; grandchildren, Clay Murray, Josi Murray, Allie Morgan, Myla Morgan, Carly Morgan, Delilah Michael and Sterling Michael; step-grandchildren, Jeremy Vance (Amber), Trey Vance (Ari), and Tori Vance: his former wife, Clara Anderson Michael of Morgantown; sister, Nora Lee (Mike) Simcoe of Morgantown; father-in-law, Rodney E. (Wanda) Steorts; and brother-in-law, Rodney E. (Judy) Steorts II. In addition to his parents, Butch is preceded in death by his mother- in-law, Margaret Ellebrecht. Friends may gather at McCulla Funeral Home 770 Fairmont Road on Friday, September 23, 2022 from 4pm until the 7pm funeral service with Sean Walters officiating. Interment will be at 11 am on Saturday at the Sutton Cemetery in Sutton, WV. In lieu of flowers, the family ask that donations be made to the Snider United Methodist Church c/o Gloria Rowan 116 Hidden Valley Road Morgantown, WV 26501. Online condolences may be sent to the family at www.McCulla.com.
Print
Friday
23
September