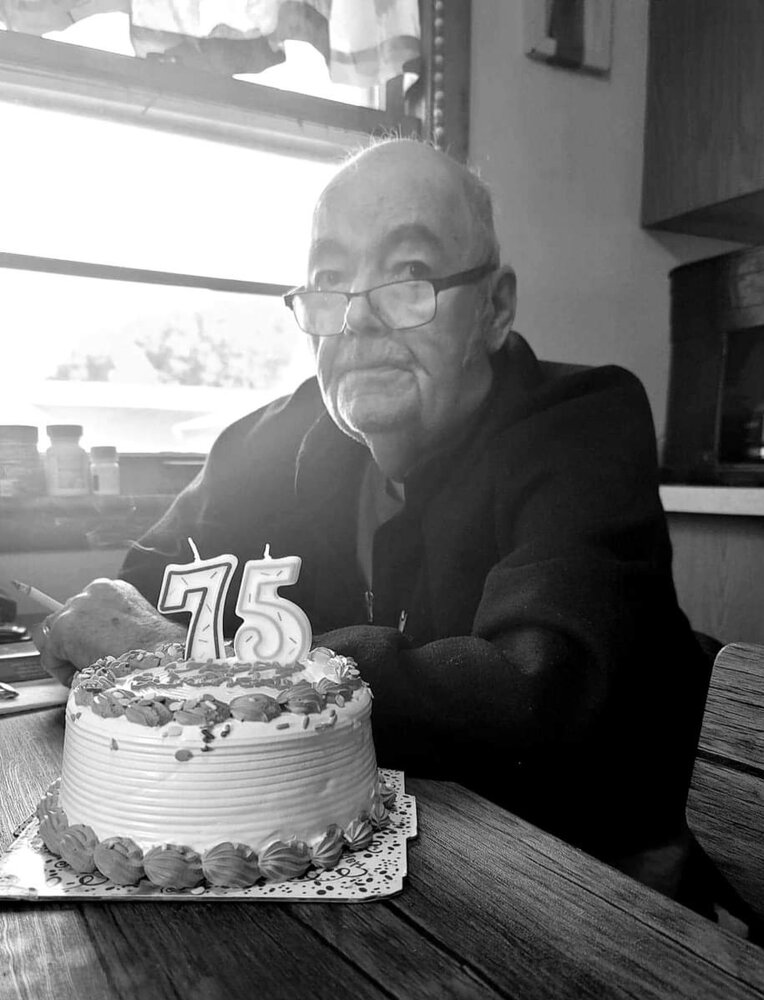 Please share a memory of Richard to include in a keepsake book for family and friends.
View Tribute Book
Richard Charles Miller Sr., age 75, of Westover, passed away Monday, August 1, 2022 at his home. Richard was born June 21, 1947 in Jere, a son of the late Floyd Denzil Miller and Maria Miller. Richard was a Vietnam veteran serving with the United States Army and was a retired coal miner. Richard is survived by four daughters, Aileen Tardivo of NY, Lisa Cottrell (Jonathan) of Morgantown, Andrea Mayle (Franklin) of Morgantown and Angela Casseday (Harry Nelson of Westover, one son Richard Miller Jr. (Jennifer) of NC, grandchildren, Margaret, Philip, Breona, Branden, Logan, Mackenzie, Pauline, Floyd, James, Emma, Skyanna, Heidi, and Larry, several great grandchildren, sisters, Juanita, Freida, Lolita, and Gladys, brothers, Jimmy, Jerry, Floyd and Eddy; and mother of his children, Kileen Miller. Richard was preceded in death by sisters, Barbara, Linda, Dottie, and Jackie and brother Joe. In lieu of flowers, the family requests that contributions be made in Richard’s memory to Amedisys Hospice, 5006 Mid Atlantic Dr. Morgantown, WV 26508 or the WVU Cancer Institute Office of Philanthropy, P.O. Box 9300 Morgantown, WV 26505-9300. Visitation will be held at McCulla Funeral Home on Thursday, August 4, 2022 from 5-8 pm. A funeral service will be held on Friday, August 5th at 10 am with Pastor Dan Meadows officiating with full military honors conferred by Westover VFW #9916 and WVANG Military Honors, Camp Dawson. Following the service, McCulla Funeral Home will provide cremation service. Online condolences may be extended to the family at www.mcculla.com.
Print
Thursday
4
August