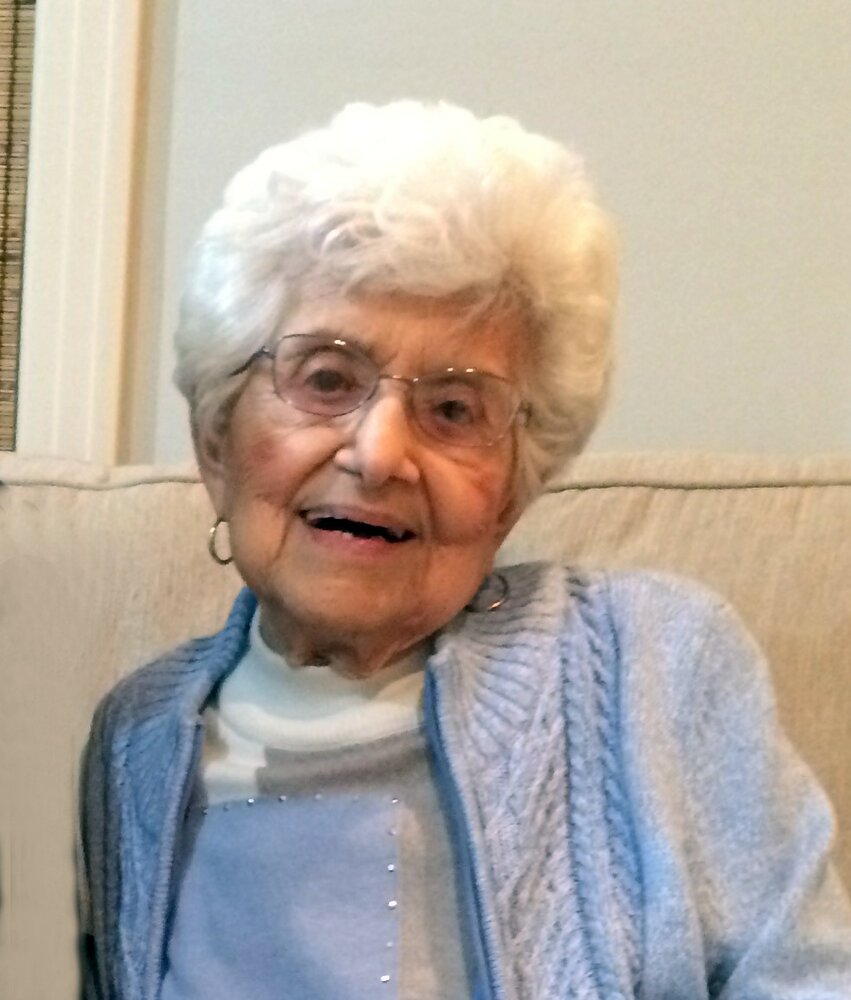 Please share a memory of Betty to include in a keepsake book for family and friends.
View Tribute Book
Betty Jane Romano Lattanzi of Morgantown, WV and Little Rock, AR died on Friday, June 24 at her Little Rock home. She was 96 years old. She was born on May 25, 1926 in Morgantown, WV, the daughter of the late Tony and Edna Urso Romano. On January 9, 1954 she wed Paul Lattanzi, and they were married for 31 years until his death on February 11, 1985. Betty worked as a hair stylist in Westover for 50 years and was a member of St. Francis de Sales Catholic Church in Morgantown and the Cathedral of St. Andrew in Little Rock. In addition to her husband and parents, she was pre-deceased by her sister, Helen Romano Stalter and brother-in-law Elwood “Woody” Stalter of New Jersey. Betty is survived by her son, Anthony Lattanzi and wife Kelly of St. Louis, daughter Paula Lattanzi of Little Rock, grandson Zachary Paul Higgs and wife Hannah, great grandchildren Maxwell Edward Higgs and Annie Claire Higgs of Little Rock, a special life-long friend Betty Claudio Mantini of Morgantown, sister-in-law Donna Lattanzi and many nieces and nephews. Visitation will be at St. Francis de Sales Catholic Church on Wednesday, July 6 at 10 a.m., with a Mass of Christian Burial immediately following at 11 a.m. Interment will follow in the East Oak Grove Cemetery. Family and friends are invited to a lunch at St. Francis de Sales Catholic Church prior to the interment at East Oak Grove Cemetery. In lieu of flowers donations may be made to St. Francis de Sales Catholic Church or a charity that supports the underserved.
Print
Wednesday
6
July