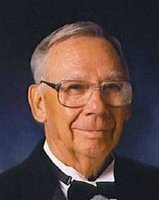 William G. “Bill” Hornsby, 96 passed away March 24, 2021 at his home in Morgantown, WV. He was born November 6, 1924 in Bainbridge, GA to Hobson. and Evelyn Hornsby, who predeceased him. Bill served in the 30th Infantry Division, 120th Regiment, G Company during World War II. The 30th served valiantly at St. Lo and Mortain, France. It was the first infantry division to enter Belgium and the Netherlands. The 30th was also instrumental in breaching the Siegfried Line in October 1944, and the capture of Aachen, Germany, the 1st large German city to be captured by the Allies in WWII. Bill was a recipient of the Bronze Star and was awarded a purple heart for his wounds suffered in Germany. The French Embassy appointed him a Knight of the French Legion of Honor and awarded him the Medal of Honor. His unit received the Presidential Unit Citation for their actions during WWII. After military service he attended Wake Forest University, graduating in 1948. Mr. Hornsby spent his life as an educator. He was a teacher, coach, principal, and school administrator for Lexington School District 2. Bill was active in his church as a member of State Street Baptist Church in Cayce, SC. He held positions as deacon, Sunday school teacher, Sunday school superintendent, and training union leader and director. He loved to run and was a member of the Columbia Runners Club. He helped organize the Governor’s Cup Road Race and the Carolina Marathon. Bill was a member of the West Columbia Ruritan Club, the Cayce-West Columbia Rotary Club, and was President of the Cayce-West Columbia Kiwanis Club. Bill was also active in the 30th Infantry Division Association and served one year as their president. Mr. Hornsby is survived by his son, Dr. Guy Hornsby and his daughter-in-law Dr. Jo Ann Hornsby; his son-in-law Jerry Hicks; his grandchildren, Lorraine Paxton, Micah Hicks and his wife Ginger, and Dr. Guy Hornsby, III and his wife Dr. Kristan Hornsby; great-grandchildren, Delilah Hornsby, Anna and Emily Paxton, and Micah William, Marion and Oliver Hicks. He was predeceased by his wife Harriett, daughter Susan and son David Hornsby. Memorials may be made to WVU Medicine Hospice, 327 Medical Park Drive, Bridgeport, WV 26330. McCulla Funeral Home has provided cremation services and a graveside service will be held at a later date at Southland Memorial Gardens, in West Columbia, SC with full military honors. Online condolences may be extended to the family at www.mcculla.com