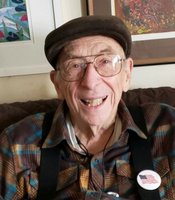 Roderick “Rod” W. Wilson passed away February 7, 2021 at Ruby Memorial Hospital. Roddy, my brother, was born in Fairmont, WV on July 23, 1933 to the late George W. Wilson and Julia Cummings Wilson. Roddy was Methodist by faith. He graduated from East Fairmont High School in 1951. He then went on to West Virginia University to receive his bachelors and master’s degrees in Physics. While teaching in the Physics Department of WVU he was appointed by Joe Hutchison to assist in forming the National Science Camp which he happily did. This was a major part of his life working with the youth and contributing to their knowledge of science. Roddy spent three years with National Security Agency and was in the Army Reserves before returning to WVU Physics Department. Later he moved to Montgomery, WV and as a Physics Professor taught Physics at West Virginia Tech. He retired after approximately 40 years and moved back to Westover, WV to be near family. He was very concerned about education for his great-great nephew, Cameron James Hill and great-great niece, Chloe Grace Lee. He encouraged them to learn as much as they could. He was preceded in death by his parents, grandparents: Lodd and Emma Emery Wilson Daybrook, WV and James and Clara Cummings of Elmira, WV and nephew, Randall Lawrence Carr of Westover, WV. He is survived by his sister, Barbara Wilson Carr of Westover; also nieces and nephews: Leisa Lee and Robert Lee and Cathy Carr and Mariano Tubolino; great- nephews: Adam Wesley Lee and Ryan Jeffrey Jessen; great-great niece: Chloe Grace Lee; great- great nephews: Cameron James Hill, Easton Michael Lee, Axel Wesley Lee, and Chase Milo Jessen; numerous cousins; a former nephew-in-law, Jeffrey M. Jessen, and a dear friend, Polly Hess of Shrewsbury, Massachusetts. His wishes were to be cremated. There will be a private service for family at a later date. McCulla Funeral Home is in charge of arrangements. Online condolences may be extended to the family at www.mcculla.com