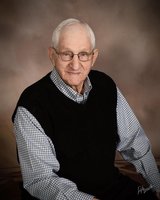 Jack Marius Perry, 93, of Westover, passed peacefully at home with family by his side on Wednesday, October 28, 2020. Jack was the son of the late Pasquale (Perri) Perry and Sarafina Marra Perry of San Giovanni in Flore, Provencia of Cosenza, Italy. Jack is survived by his loving wife of 62 years, Naomi Ruth (Headley) Perry; three sons, a daughter and their spouses, Patrick and Connie Perry, Michael and Toni Perry, Richard and Vicki Perry, and Jackie and Dave Bowser; three grandchildren and their spouses, Sarah and Gabriel Bruner, Elizabeth and Wade McNeal, and Benjamin Perry. Jack is the godfather of Katrina Kolb, the daughter of his special friends, Lenny and MariKay Wrabel. He is also survived by many nephews and nieces and was devoted to his family and friends. Jack was a graduate of Morgantown High School, proudly served his country in the United States Navy, and worked at the Christopher Coal Company and Consolidated Coal Company Humphrey #7 Prep. Plant for 41 years. He was a member of St. Francis de Sales Catholic Church, lifetime member of Knights of Columbus and proud member of the United Mine Workers of America (UMWA). Following his retirement, Jack was an avid outdoorsman and enjoyed woodworking, gardening, traveling, playing cards, going to auctions, socializing at the Westover Senior Center, and spending time with his family. He was lively until the last days of his life and kept those around him joyful and laughing with his comedic spirit. The family would like to thank Amedisys Hospice Care of Morgantown for their exceptional care. In lieu of flowers, the family requests that memorial donations be made in Jack’s memory to the Westover Senior Center at 500 Dupont Rd. Westover, WV 26501 and Amedisys Hospice Care at 5006 Mid Atlantic Drive Morgantown, WV 26508. Family and friends will be received at McCulla Funeral Home on Saturday, October 31, from 8am until 9:30am. A Mass of Christian Burial will take place at St Francis de Sales Catholic Church on Saturday at 10 am with Msgr. Anthony Cincinnati as celebrant. Masks will be required and social distancing guidelines followed. Entombment will follow at Beverly Hills Mausoleum with full military honors conferred by the Westover VFW Post # 9916 and the US Navy. Online condolences may be sent to the family at www.McCulla.com