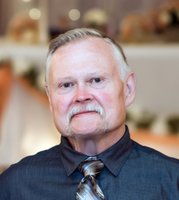 Randy Michael Friend, age 65, of Morgantown, passed away Wednesday, June 24, 2020. Randy was born in Morgantown on June 13, 1955, a son of the late Glenn Irving and Harriet Louise Tichenor Friend. Randy graduated from University High School in 1974 and attended West Virginia University. He held many jobs in the Morgantown area until becoming a police officer at West Virginia University in 1979. He proudly served in many roles/positions throughout his career at University Police Department. Randy was promoted through the ranks from shift patrol officer to Sergeant, Corporal, Lieutenant and Crime Prevention and Campus Training Officer. He specialized in campus safety, crime prevention, community policing and training, investigations, lead firearms instructor and many more. Randy enjoyed speaking with students and parents at Freshman orientation and new employee orientation for over 10 years. He fondly earned the nickname “officer friendly” by students and parents. He developed the “Get Out of Jail Free” program during President Hardesty administration and was instrumental with WVUP All Nite and WVU Fall Fest programs for students. Randy proudly served the University community and retired from WVU with 31 years of service in 2008. In his free time, Randy enjoyed an adventurous life of riding his Harley, hunting, fishing, and was an avid collector of many things. He also enjoyed making canes. He is remembered as a great father, brother, uncle, and co-worker. Family and friends think back on his contribution to all by being a great cook (especially for his famous hot dog chili), supporting those who were in need, being joyful, telling jokes, and being dedicated to God. Randy was preceded in death by both of his parents, his two sisters, Cathy Cox and Salvation Army Major, Ginger Friend, and his grandparents, Joe and Vida Tichenor of Granville, WV. Randy is survived by his wife of over 40 years, Kathy J. (Howell) Friend; his step-daughter, Stacy (Howell) Hammel and spouse Jeff; son, Randy Michael Friend, II and wife Melissa; sisters, Salvation Army Major Linda Friend Adair of Sevierville, TN, and Tami Slusher and spouse Arnold; brothers, Glenn Friend and wife Maggie, and Bishop Joe Friend and wife Becky; his grandchildren, Alexander, Autumn, and Nathaniel Hammel, Kyleigh Hanning, Justin Morgan; and his great-grandson Noah Isaacson. In lieu of flowers please consider a donation in Randy’s name to: The Michael J. Fox Foundation for Parkinson’s Research https://www.michaeljfox.org/donate or St.Judes Children’s Research Hospital https://www.stjude.org In honoring Randy’s wishes, cremation services were provided by McCulla Funeral Home. Friends and family may gather at McCulla Funeral Home at 6 p.m. Wednesday, July 1 to share memories with the family until 7 p.m., at which time Salvation Army Major Linda Adair will officiate a memorial service. If any friends or family would like to speak at his service, please let us know. Online condolences may be sent to family at www.mcculla.com. Due to COVID-19, safety precautions should be taken, such as wearing a mask and social distancing.