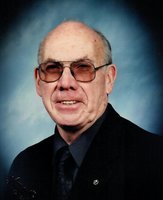 Vernon Jamison, 85, of Morgantown and recently of Sundale Nursing Home passed away Monday, September 16, 2019 at WVU Medicine Hospital.  He was born May 24, 1934 in Westover a son of the late Charles Martin Jamison and Gladys Zearley Jamison.

In addition to his parents, Vernon was preceded in death by a sister, Dolores J. Ware, and in infancy a son John David, a granddaughter, Rachael Marie Jamison and a sister, Roberta Jamison

Vernon was a 1952 graduate of Morgantown High School, attended West Virginia University until he decided the Marines would be “more fun.”

Vernon was a born driver, moving cars in and out of his father’s Nash dealership at age 12.  He retired from driving a school bus with 20 years driving mostly over Cheat to University High School.  He was an owner operator of his own tractor trailer truck and often bragged about hauling steel from Pittsburgh to the New River Gorge Bridge site, and backing down the narrow dirt road.  He also drove part time for Morgantown Transit Bus System, but his favorite job was driving for Coach USA/Central Cab Company out of Waynesburg, transporting tour groups and WVU Sports teams.  His hobby was driving, anything and anywhere.

The family would like to extend heartfelt thanks to Sundale Nursing Home, Mon General and West Virginia Medicine hospitals, and for end of life care provided by West Virginia Caring Hospice Care.

Friends may call at the McCulla Funeral Home, 770 Fairmont Road, Westover, from 3-7 pm Thursday and on Friday from 11:00 am until the noon funeral service.  Burial will follow at Beverly Hills Cemetery with graveside military honors provided by the Earl Anderson Marine Corps League # 342.  Online condolences may be sent to the family at www.McCulla.com.