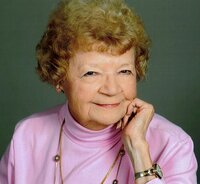 Dorothy Jean Musgrave Moore, age 94, of Harmony Grove in Morgantown, WV, passed away Friday, December 9, 2022, at her home surrounded by her family. Dorothy was born in Burnett, TX on October 3, 1928, and later grew up in Elk City, OK. She was the daughter of the late Alvah Jack Musgrave and Ethel Taylor Musgrave. Dorothy graduated from Elk City High School in OK, and also received an honorary degree from the University of Hard Knocks at Alderson Broaddus University, in Philippi, WV. Dorothy went on to work as a telephone operator in Oklahoma and Morgantown, WV. She later retired from Sears in 1995. Dorothy met her husband, Carl Eugene Moore, when he was in the Navy Air Corp that was stationed near her home in OK. The two married in Oklahoma and moved to West Virginia, his home. Dorothy was very active in her community. She was a member of Spruce Street United Methodist Church, where she also belonged to the Barnabas group. She served on the board of the American Cancer Society, a life member of West Virginia Alliance for Women’s Studies at WVU, a life member of Mon General Hospital Auxiliary, a board member of Mon Historical Society, and member of Life Long Learners -Olli. She also was past president of Business and Professional Women’s Club, member of the Red Hat Society, treasurer of Harmony Grove Community Association, wrote a newsletter for Sears Retirees, and volunteered at Mon General Hospital for over 20 years. Dorothy was also a retired member of the original String of Pearls tap dancers who danced in Washington, DC on the White House lawn. She also danced for actor Don Knotts at the Morgantown High School reunion. She concluded her dancing with the Motown Strutters dancers and later became their MC and Joke teller. Dorothy was preceded in death by her parents and her loving husband, Carl Eugene Moore after 35 years; sister, Laura Jo Paterson in CA; and brother, Fred B. Musgrave in CA. Survivors include one daughter, Linda Sue Cook (Gary) in NC; son, Michael E. Moore (Linda Ann) of Morgantown; four grandchildren, Shawnda L. Cook Ganoe (Jason) of Morgantown, Melissa Molisse (Paul) of Florida, Tonya Moore of Morgantown, and Chad Cook of NC; great grandchildren, Lindsay Jordan Cook, Tehya Radocay, Maggie Moore, and Gavin Cook; and sister, LaVera Poff of Elk City, OK. In lieu of flowers, the family requests that donations be made in Dorothy’s memory to Shack Neighborhood House PO Box 600 Pursglove, WV 26546 or Mountaineers for Mutts PO Box 1172 Dellslow, WV 26531. Friends may gather at McCulla Funeral Home on Monday, December 12, from 2-4pm & 6-8pm and again on Tuesday from 10am until the 11am funeral service with Craig Moore officiating. Burial will follow at Beverly Hills Cemetery. Online condolences may be sent to the family at www.McCulla.com